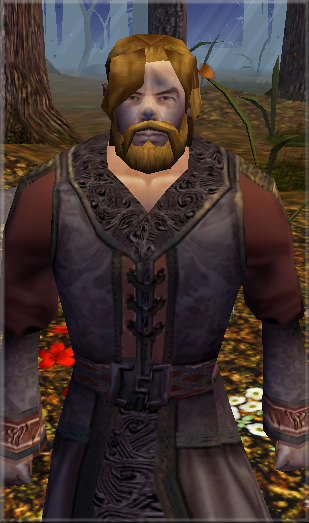 Race: Human
Occupation: Alligator Hunter
Place of Birth: Alon Wen
Known Relatives: Father (Unknown), Mother (Unknown)
First Appearance: Never appeared officially; was only mentioned in a post credit of the original version of the series.
History: Patrick the Panicked was a man who grew up in the thick swamps of Alon Wen (one of the most dreaded swamps in all the land!). Alon Wen is not only populated with an abundance of alligators (for which the people of Alon Wen depend on as a food source), but it is also full of covens of women who practice Oddov, a form of practice that some say is similar to Necromancy and mind control. It’s believed that Patrick ran into one of these covens while hunting alligators in Alon Wen, because he ended up coming out of the swamps crazy one night, and never truly recovered after that.