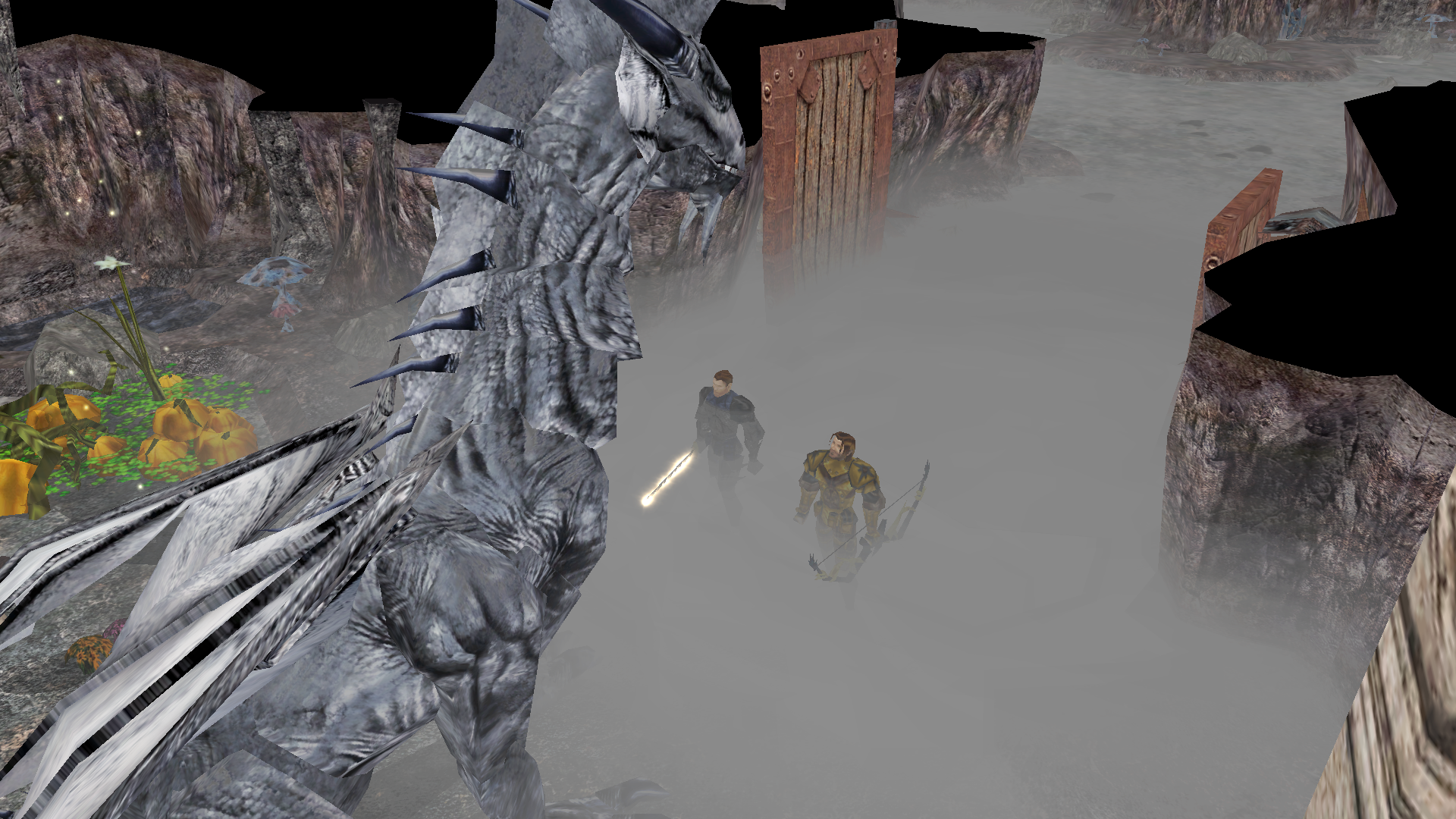 EPISODE 22: THIS IS ‘DRAGON’ ON TOO LONG: Peter and Grayson have stormed the Dragon of Ator’s den to confront him, slay him, and become the greatest heroes the City of Neverending has ever heard of. Unfortunately, things do not go as smoothly as they had planned after storming through the Dragon’s front gates… 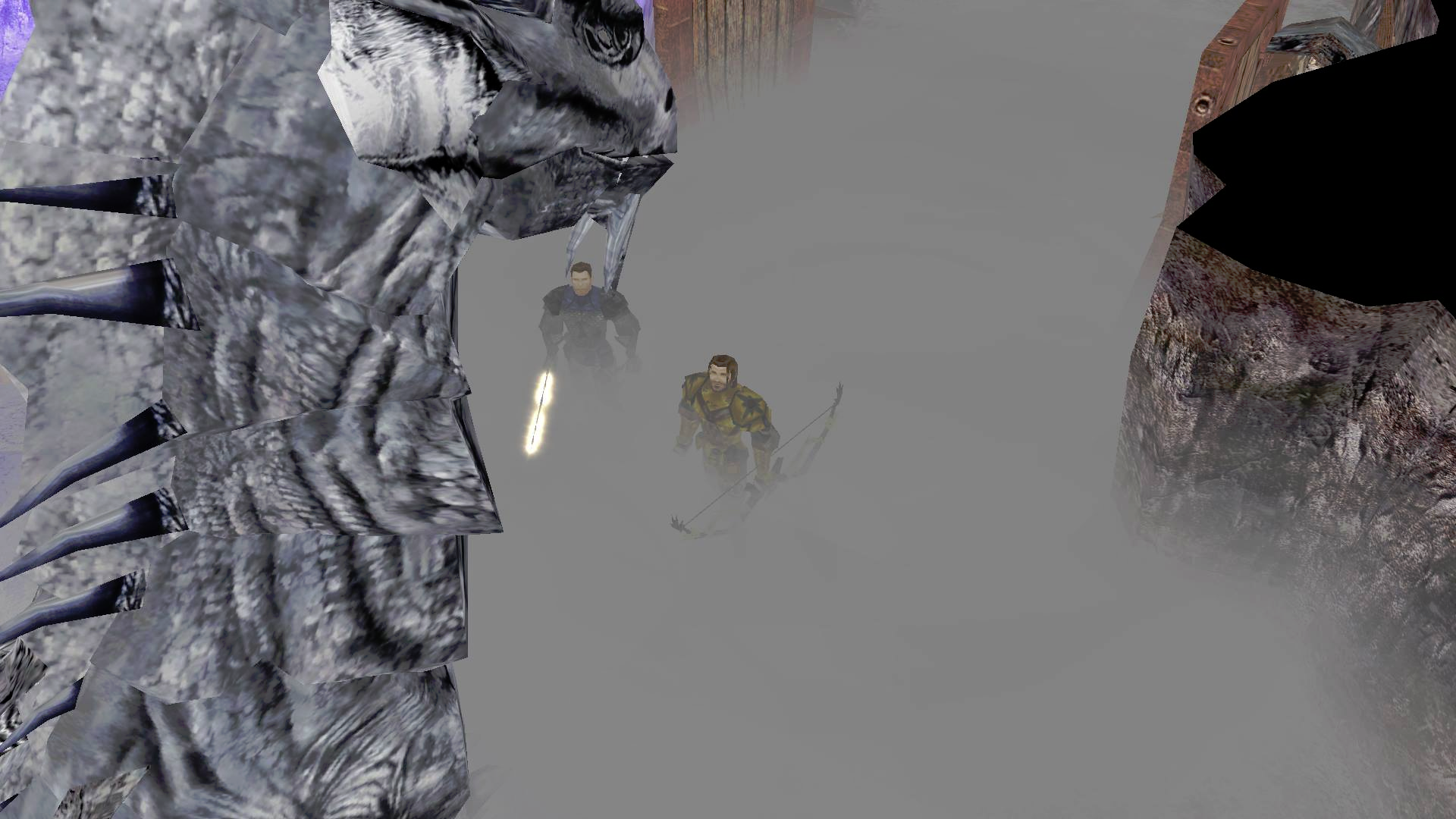 EPISODE 23: OH, HOW I TREASURE, TREASURE!: Peter and Grayson speak with the Dean the Dragon, and since he is a good dragon; our would be heroes can’t kill him. So what can they do to become the much wanted heroes that they seek to be? Dean the Dragon has just the answer for them as he gives them a new quest to begin… 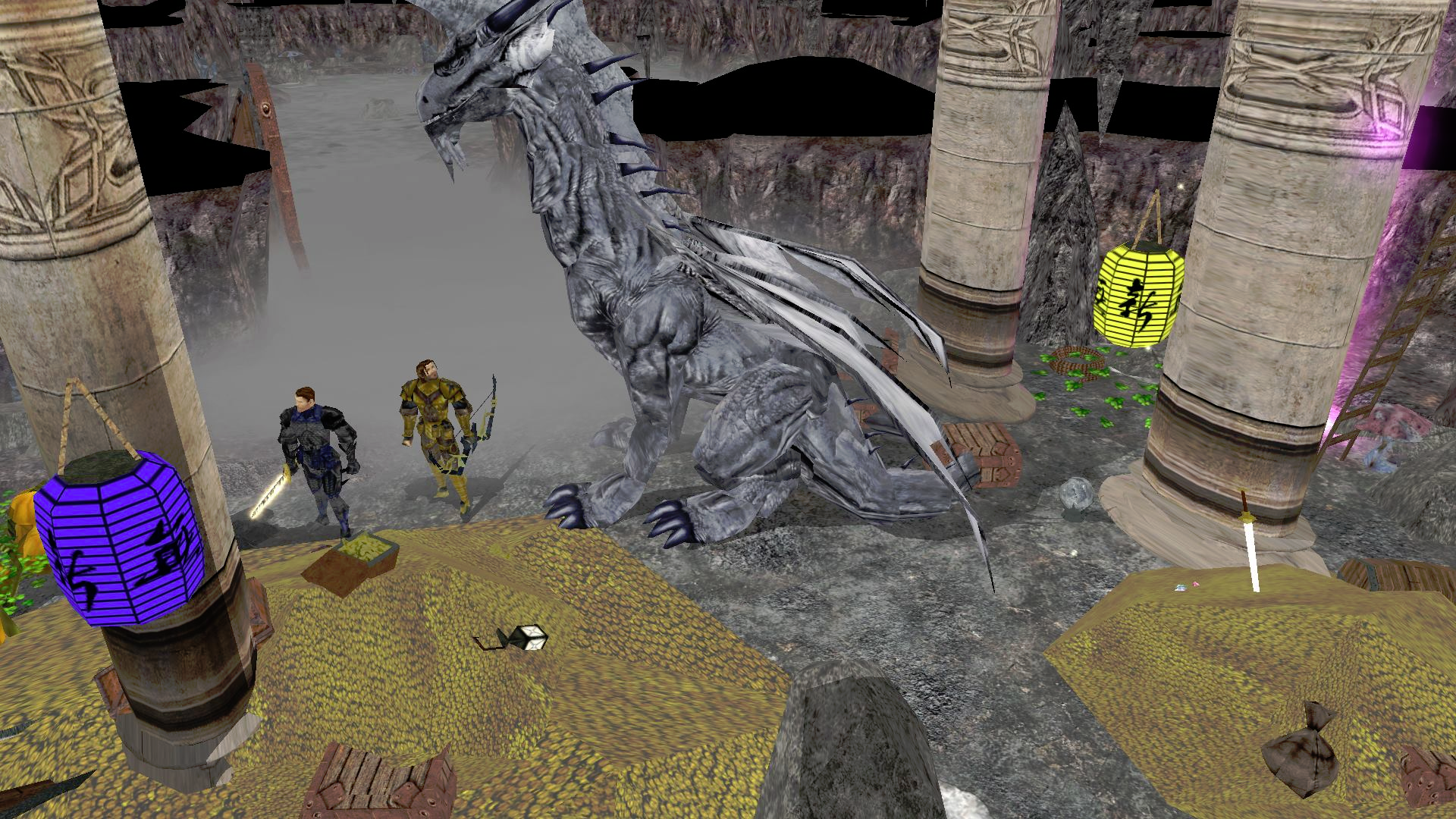 EPISODE 24: THE WATCHFUL EYE: Dean the Dragon gives our two, would be heroes, a map through the Caves, which should help them avoid the noted Driders and Duergar on the map; and even has a red line on the map to follow. With such guidance, surly it’d be impossible for our lovable duo to get lost… right? 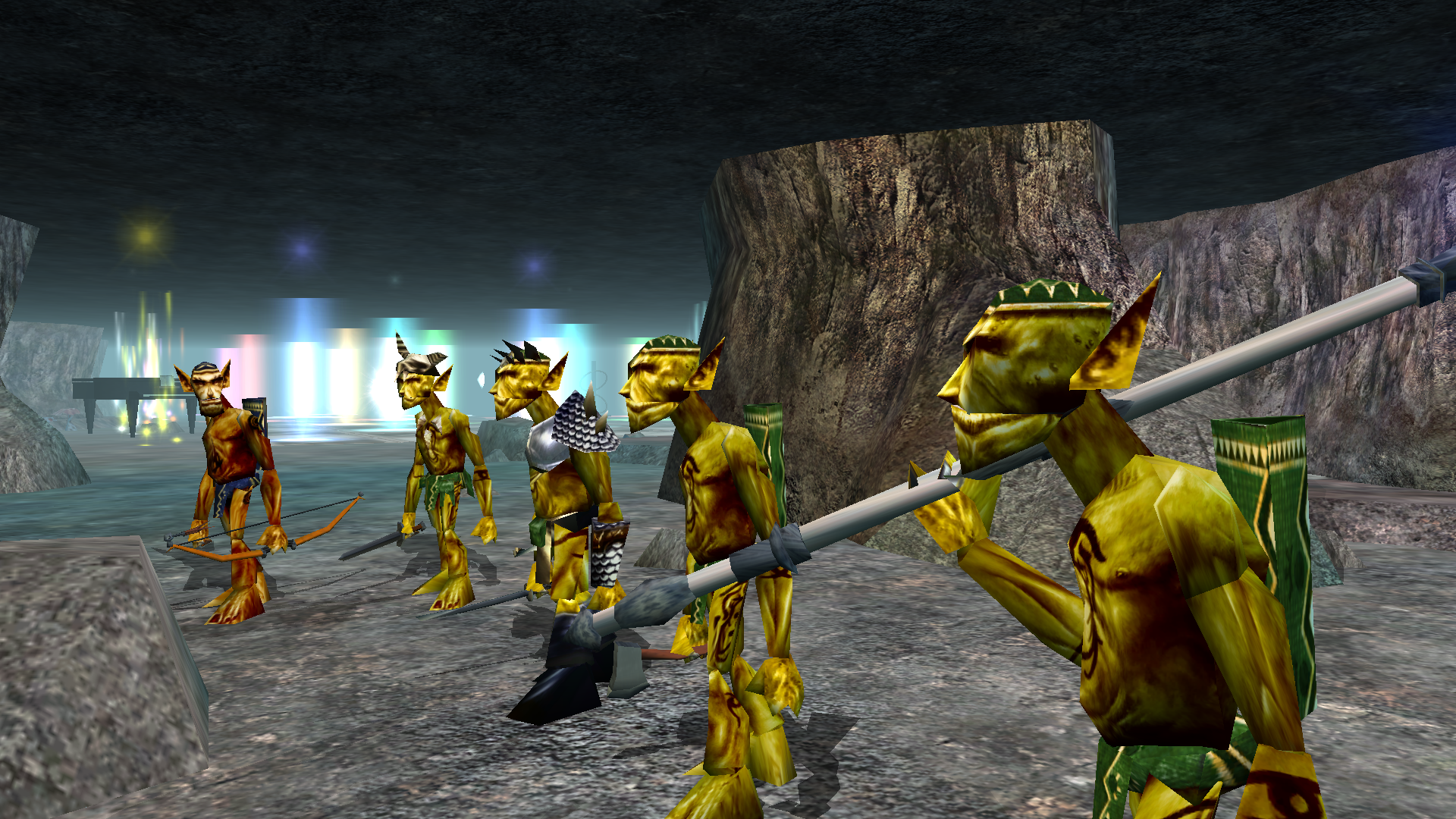 EPISODE 25: THE NEW RECRUITS: This episode focuses on Andrea the Assassin and Daniel the Destructive as they continue their pursuit of Peter the Ranger and Grayson the Fighter – along the way, the deadly duo recruits some new members to their cause. 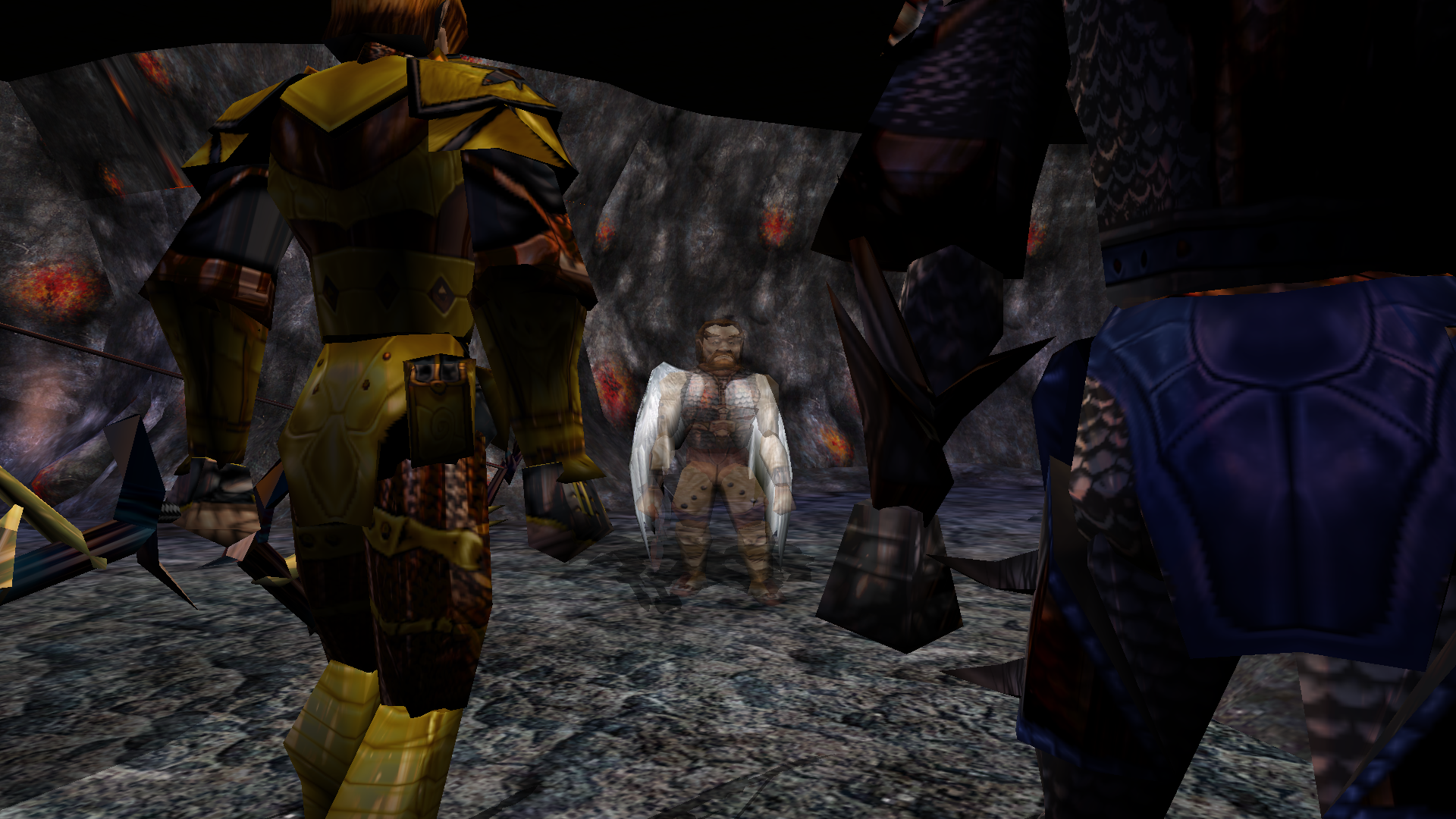 EPISODE 26: REUNITED (AND IT FEELS SO GOOD): Peter and Grayson still have the map from Dean the Dragon… so how is it even possible that the dynamic duo gets lost in these caves? Well, rest assured, it’s possible! And just who is it that they have reunited with? And how is it even possible? Those answers all begin in this episode… 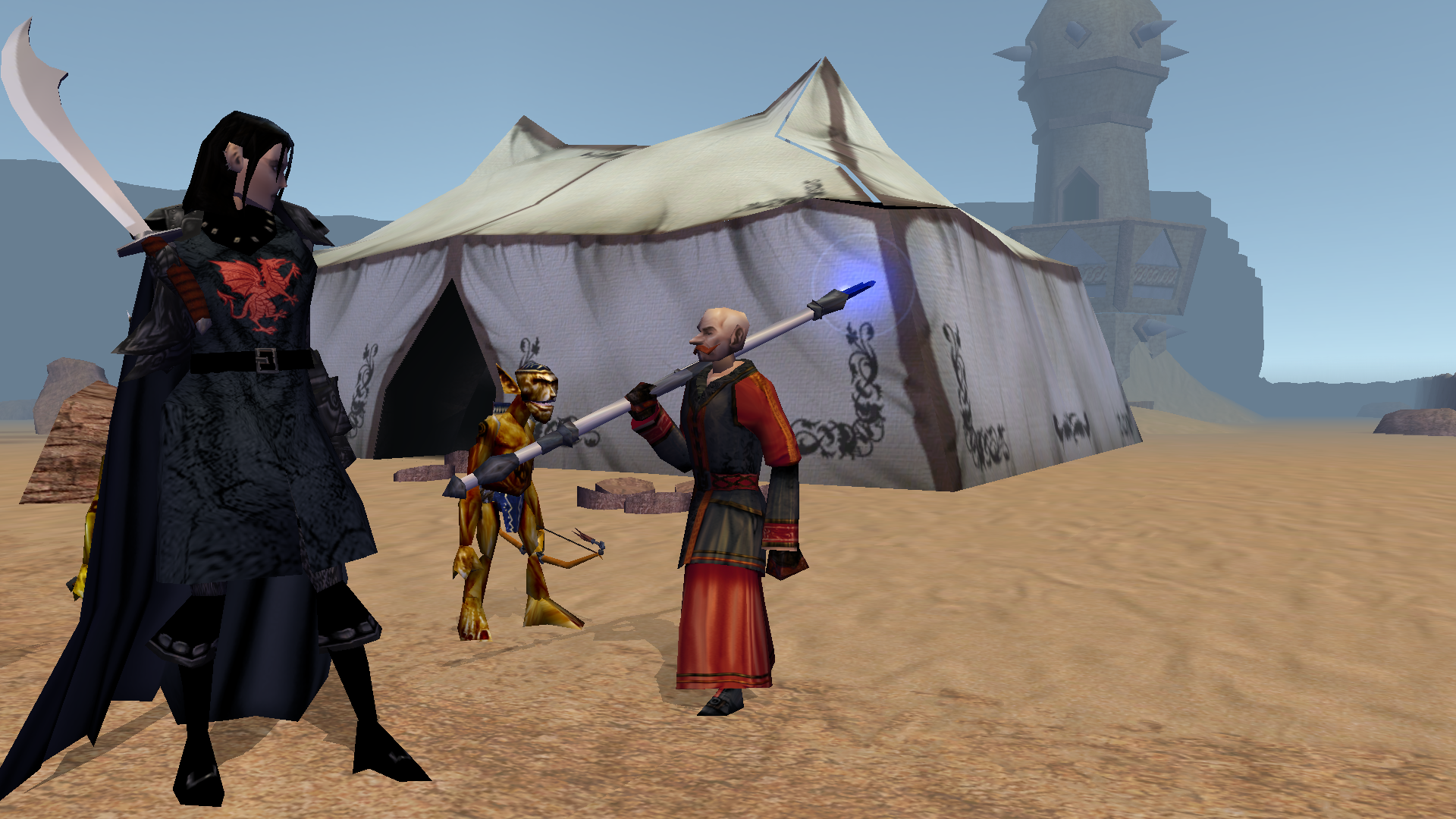 EPISODE 27: EVEN GHOSTS GET RACIAL BENEFITS?: In this episode, we see that Andrea the Assassin and Daniel the Destructive are hot on the trail of Peter and Grayson, as they arrive in the City of Ator. Meanwhile, our would be heroes discover that they close friend Pawl the Dorf, not only died… but came back… as a ghost… with racial benefits! 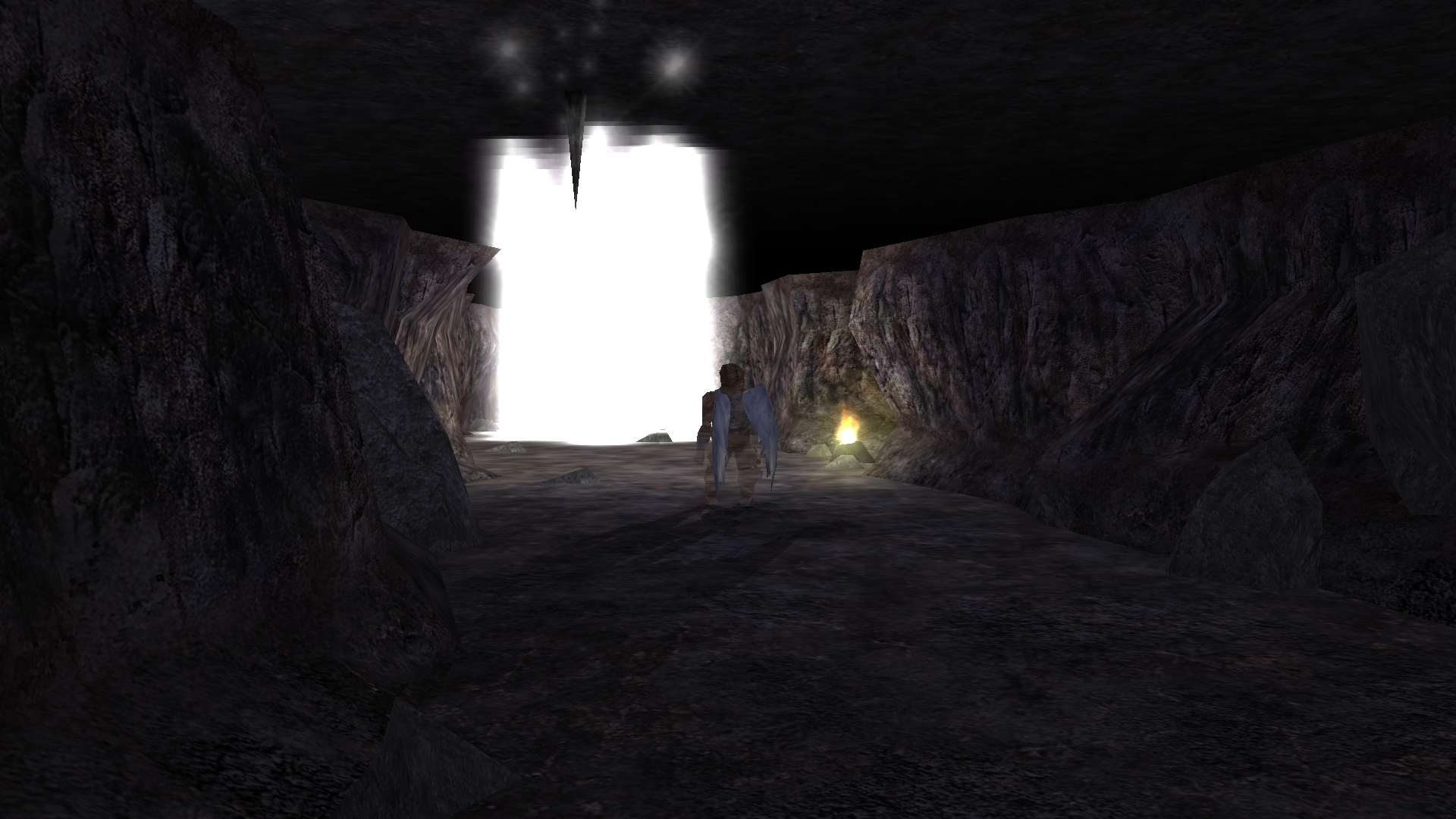 EPISODE 28: THE LIGHT AT THE END OF THE TUNNEL: Peter and Grayson have a talk with Pawl the Dorf, and about his dilemma of being stuck as a ghost. After briefly speaking with Pawl the Dorf, they discover just why he’s actually stuck in his ghost form…! 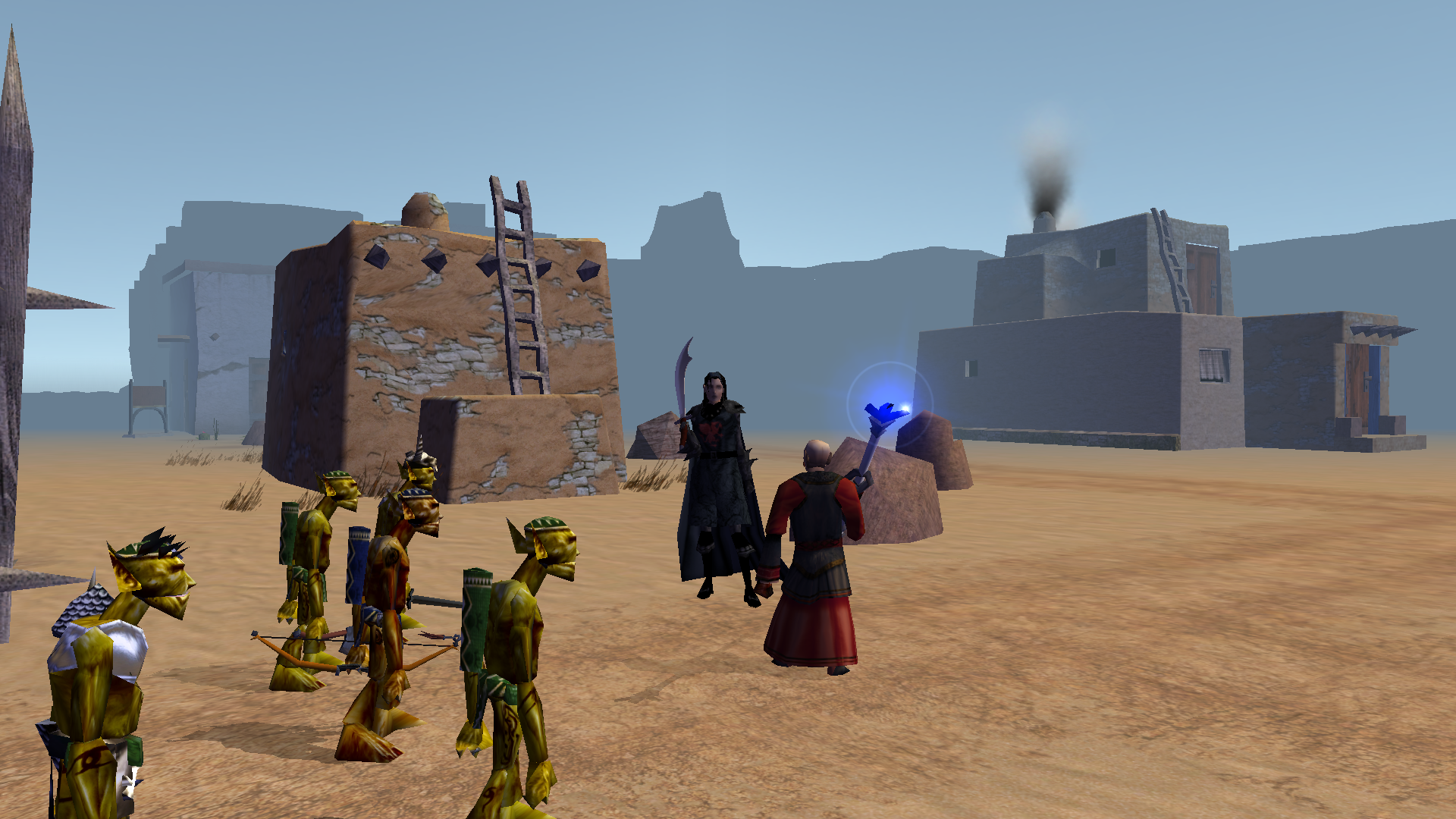 EPISODE 29: THE PLAN: Andrea and Daniel are hot on the trail of our two would be (and utterly lost) heroes, Peter and Grayson! Andrea and Daniel, along with their hired minion of goblins, have just arrived to the City of Ator! 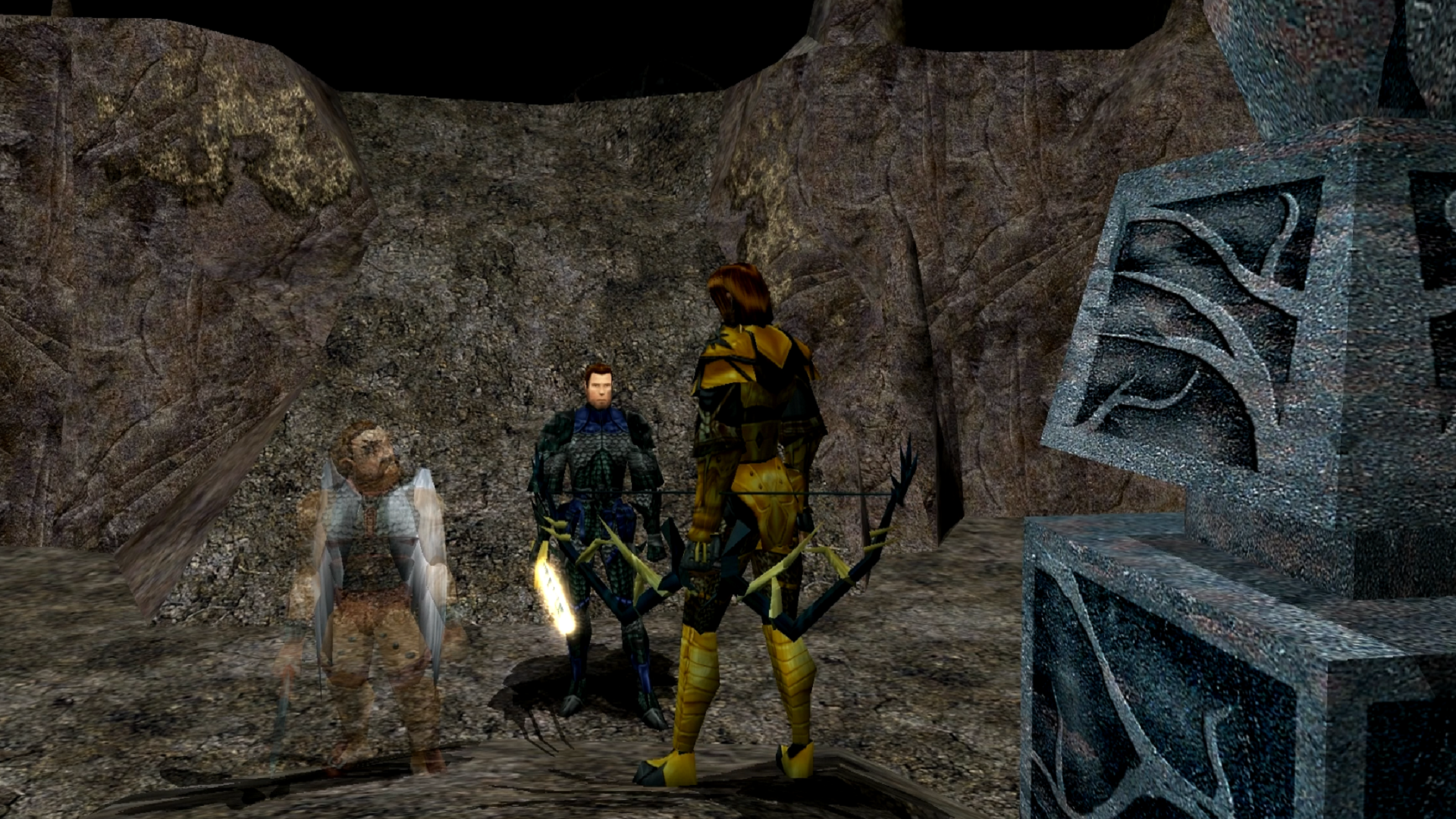 EPISODE 30: GOOD ELF, BAD ELF?: Peter and Grayson (and the frequently vanishing Pawl the Dorf) now find themselves stuck between some questionable looking elves, and the murderous dwarves who killed Pawl the Dorf and turned him into a ghost. With nowhere to go – the trio is forced to hide – while Andrea the Assassin and her team are hot on their heels! 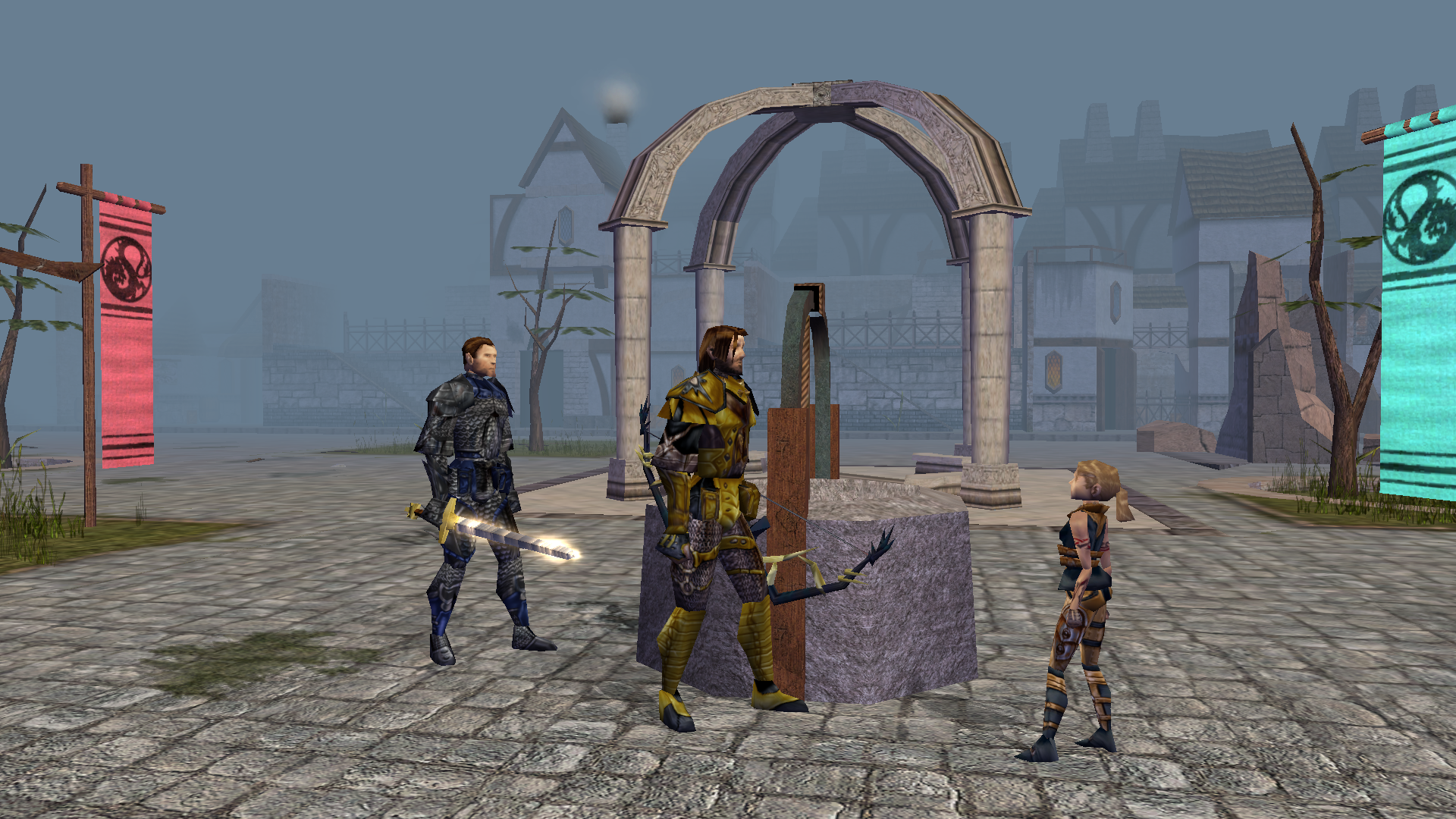 EPISODE 31: SIDE EFFECTS MAY VARY: With Peter and Grayson paying for Pawl the Dorf’s reincarnation, the dynamic duo realizes they’re in need of more funds again. Lucky for them, the City of Blackmire has the one place Peter and Grayson know very well – second only to the layout of a good, drinking tavern – and that is – a Wishing Well. When Grayson dives in to scrounge up some coins, a young girl tells them about the curse of those, whose wishes become undone when coins are stolen. (Who could this possibly impact? Well, this episode tells you that!) At the same time, Pawl the Dorf talks to the odd priest about doing a reincarnation – and the two of them complete the spell – but at what price? 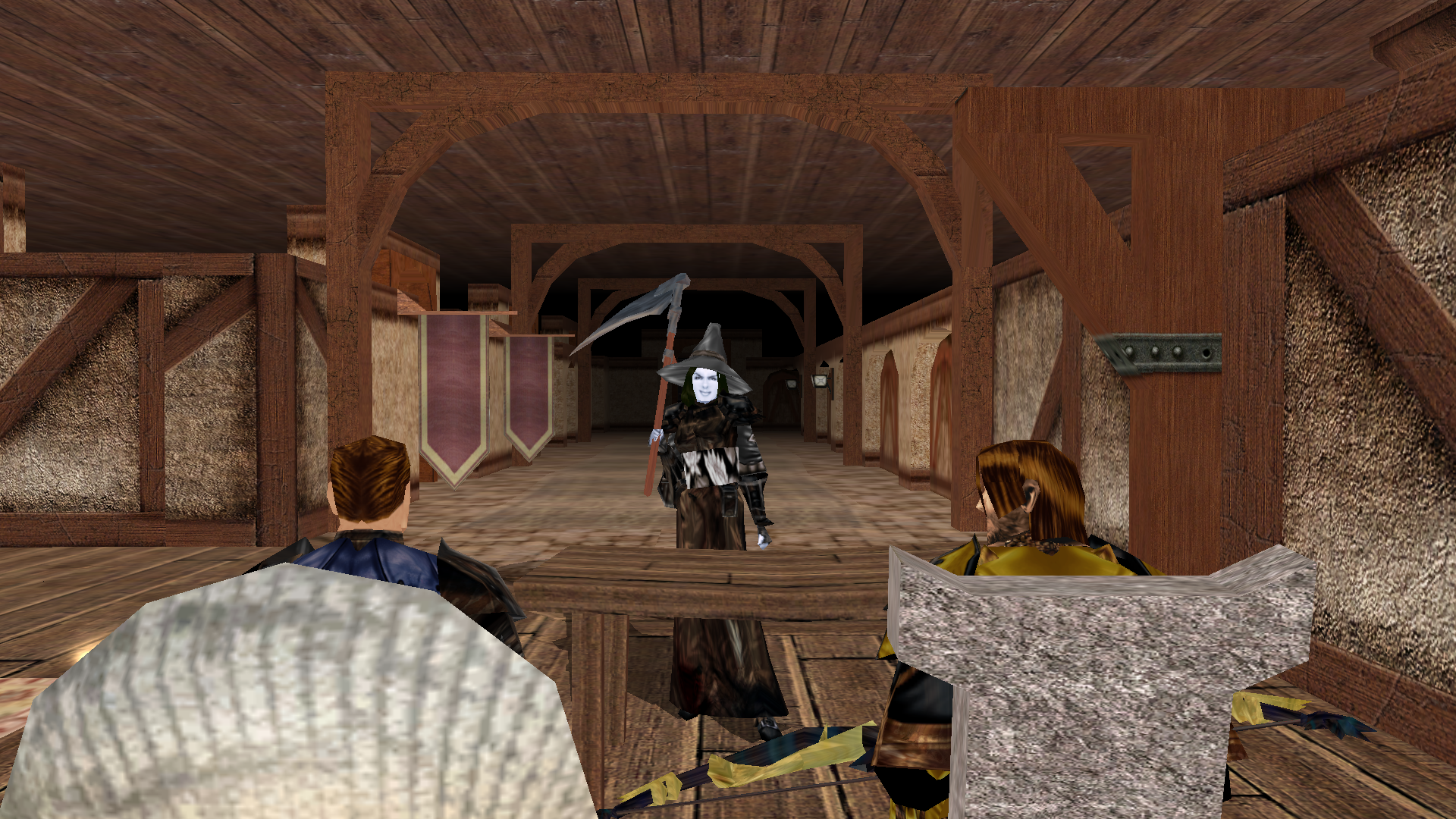 EPISODE 32: EMPLOYMENT OPPORTUNITIES: While resting at the Blackmire Inn and Tavern, Peter the Ranger comes up with an idea, that, surprisingly, Grayson the Fighter actually believes might be a good idea. Every hero needs a villain – and the dynamic duo (unaware they’re being pursued by Andrea the Assassin and her cohorts) – decides to hold an audition as to who will be their villain and spread the deeds of their (slightly imagined) deeds across the land – so that they can become rich and famous! After all, what could go wrong with that idea? 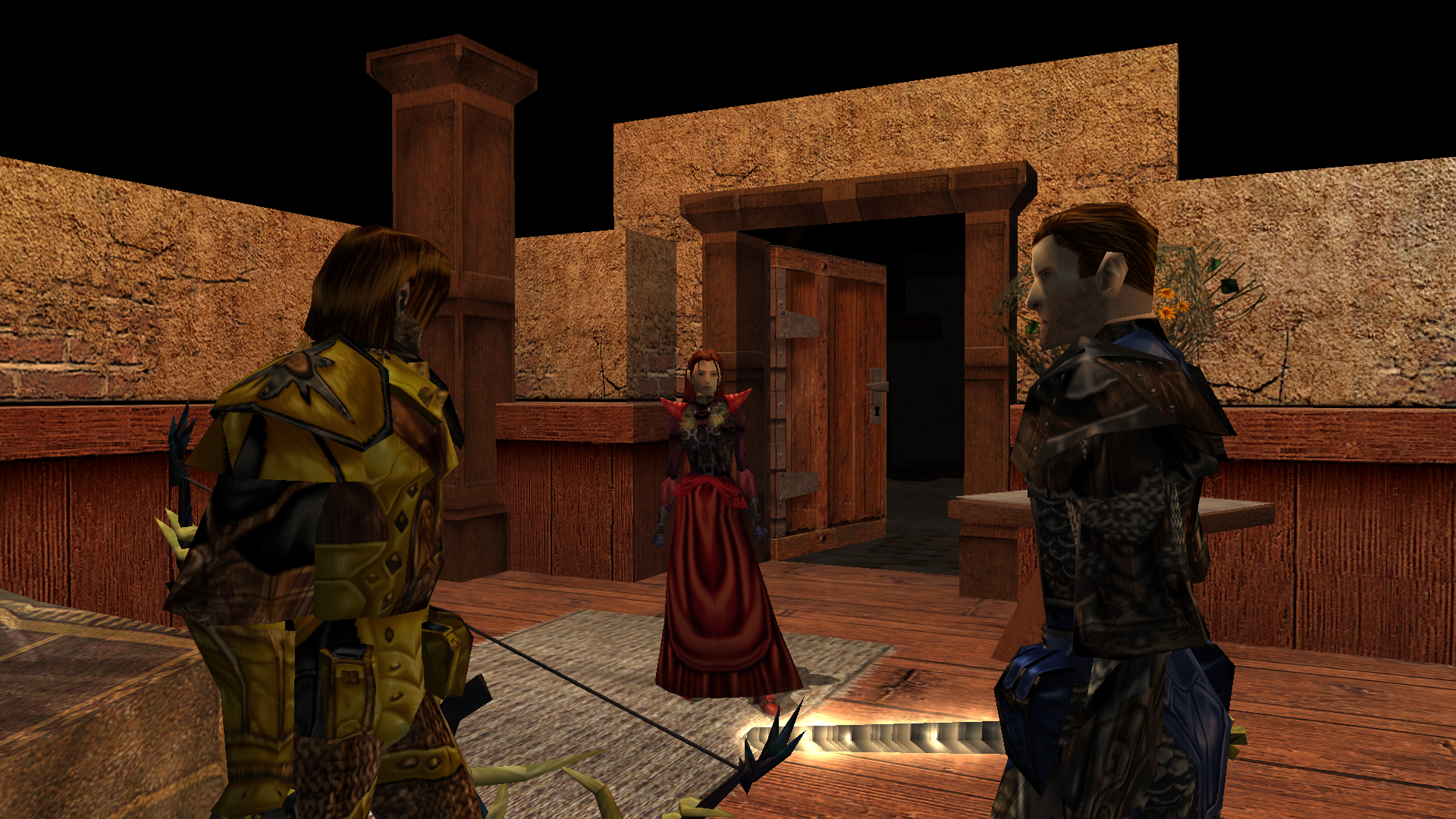 EPISODE 33: THERE BE PIRATES: Peter and Grayson meet Christine the Chambermaid, and Peter begins weaves a very exaggerated tale about one of their most recent adventures… with some… unexpected results. 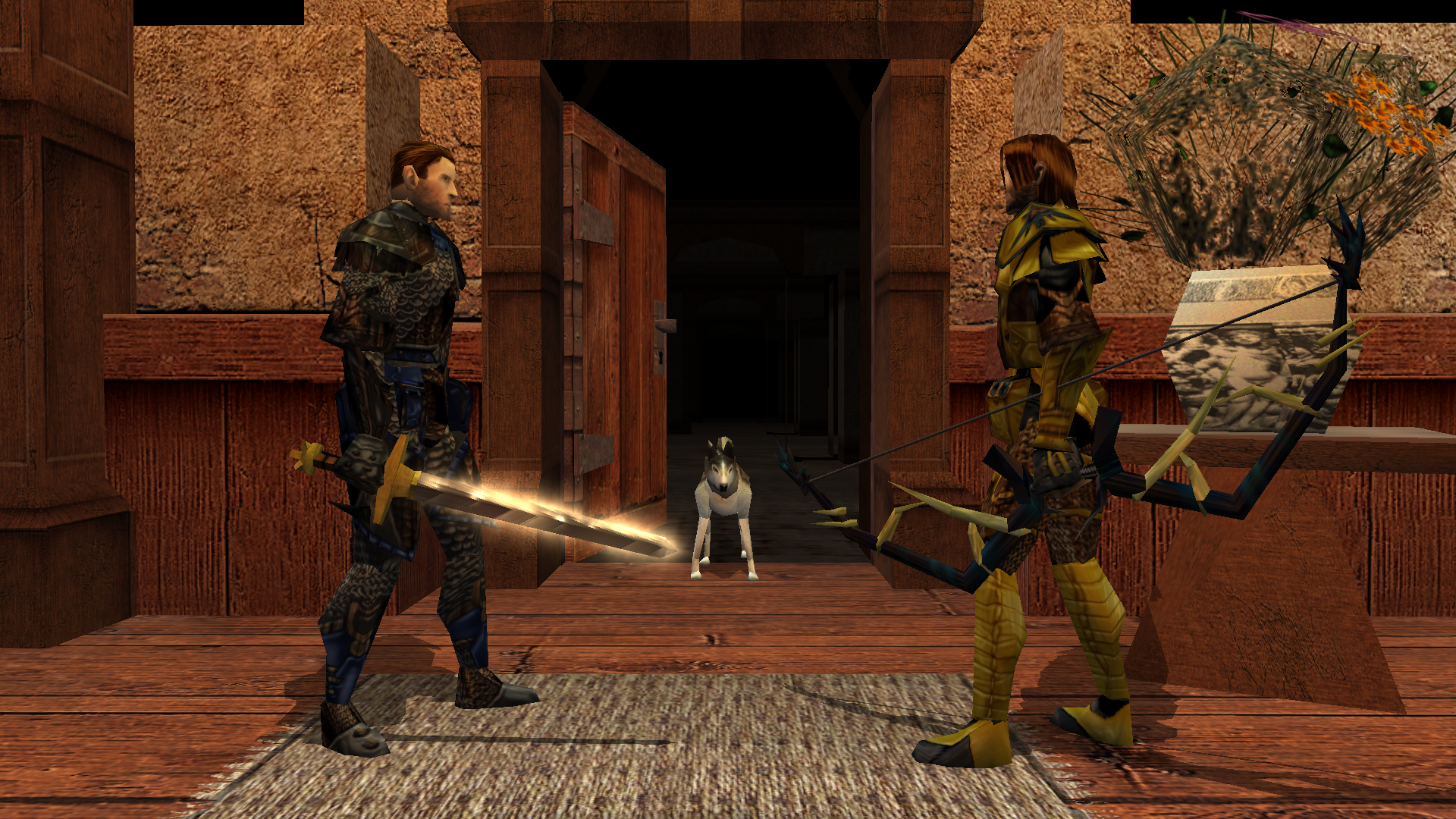 EPISODE 34: BARKING UP THE WRONG TREE: Peter and Grayson get a visit from a mysterious canine who comes to bring a warning – will they be able to understand what’s happening – or will this go as things typically seem to go for our would be dynamic duo? 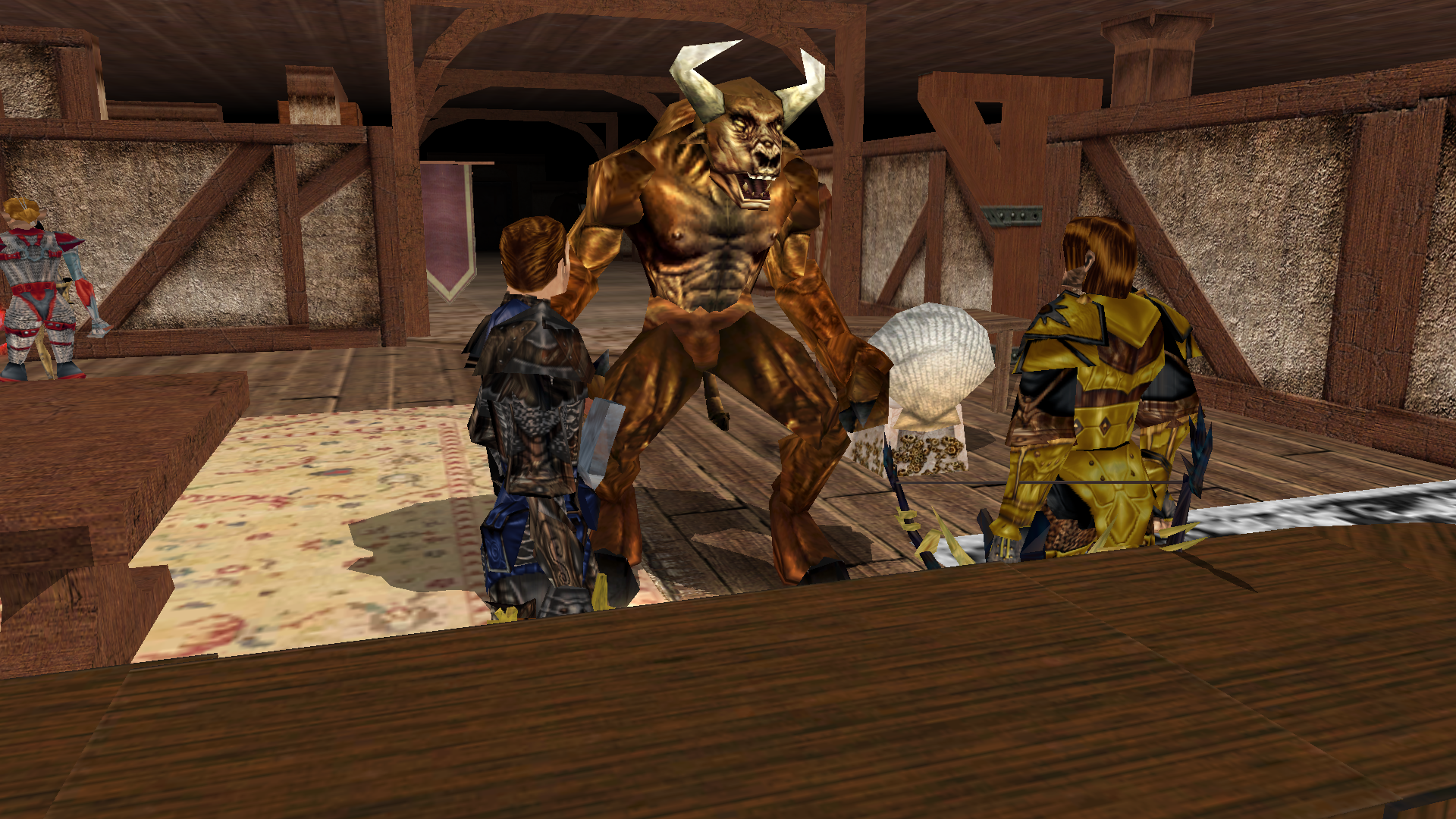 EPISODE 35: THIS IS BULL$#!+: Peter and Grayson find themselves being approached by a Minotaur – but is he friend or foe? A villain whose heard of their “great deeds” and come to smite them? Or something else? Find out in this episode of #NeverendingNights! 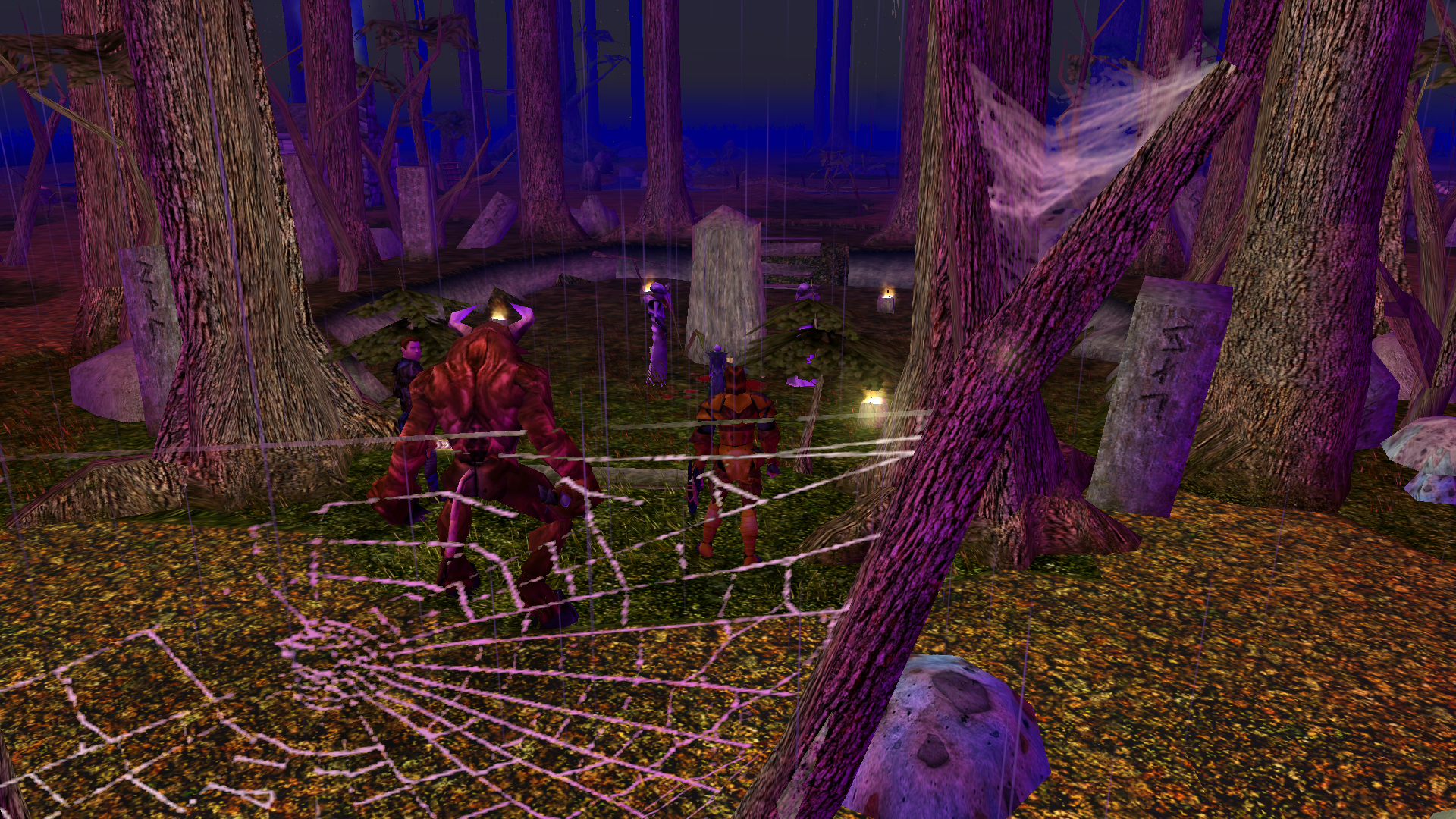 EPISODE 36: MIND OVER MATTER: Peter the Ranger, Grayson the Fighter and Pawl the Dwarf – er, Minotaur – leave the inn after the rumors begin to spread about their (paid for) heroics to continue their quest – but Andrea and Daniel are hot on their tale. In the forst the trio meet… well, just watch and see! 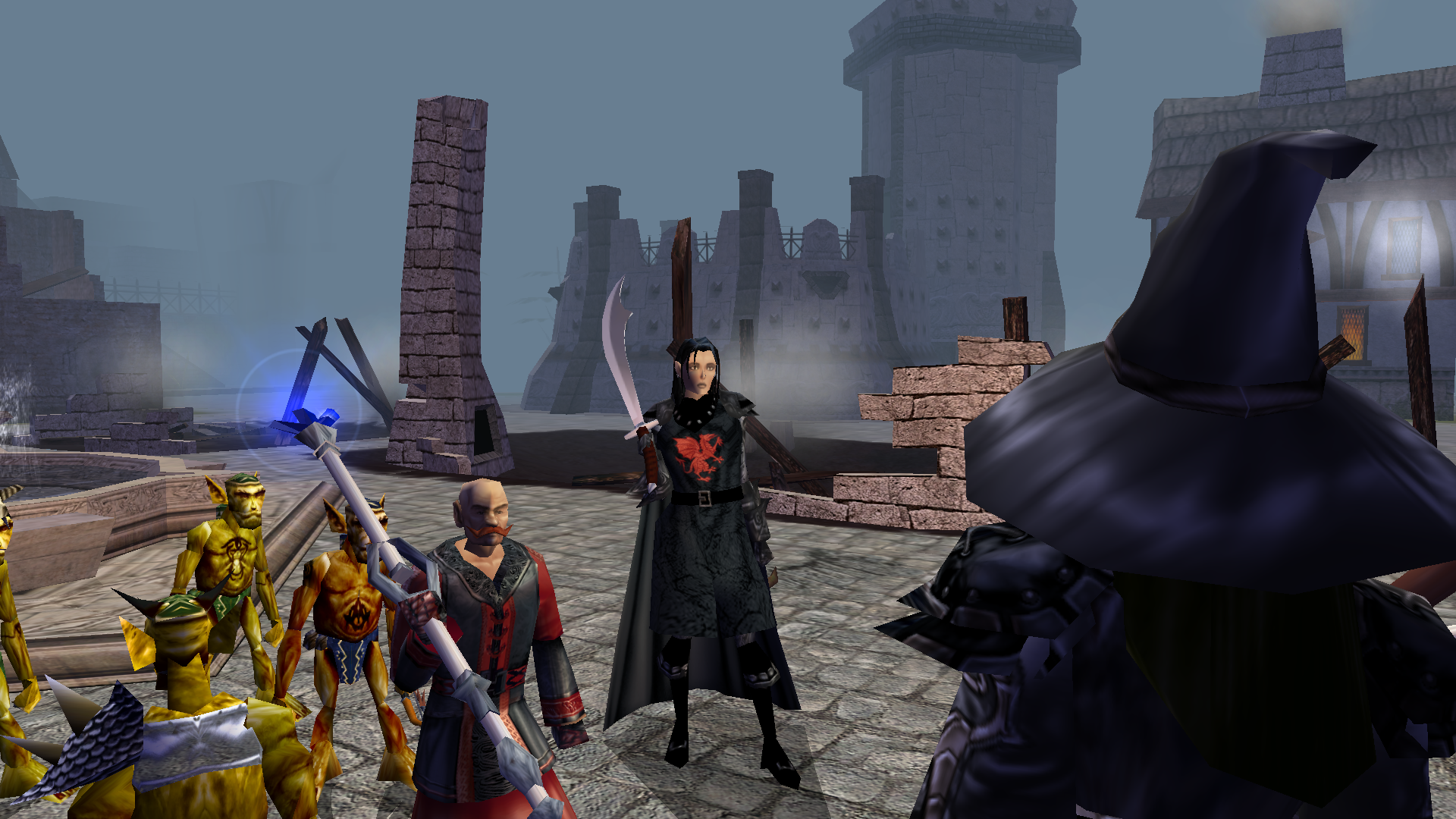 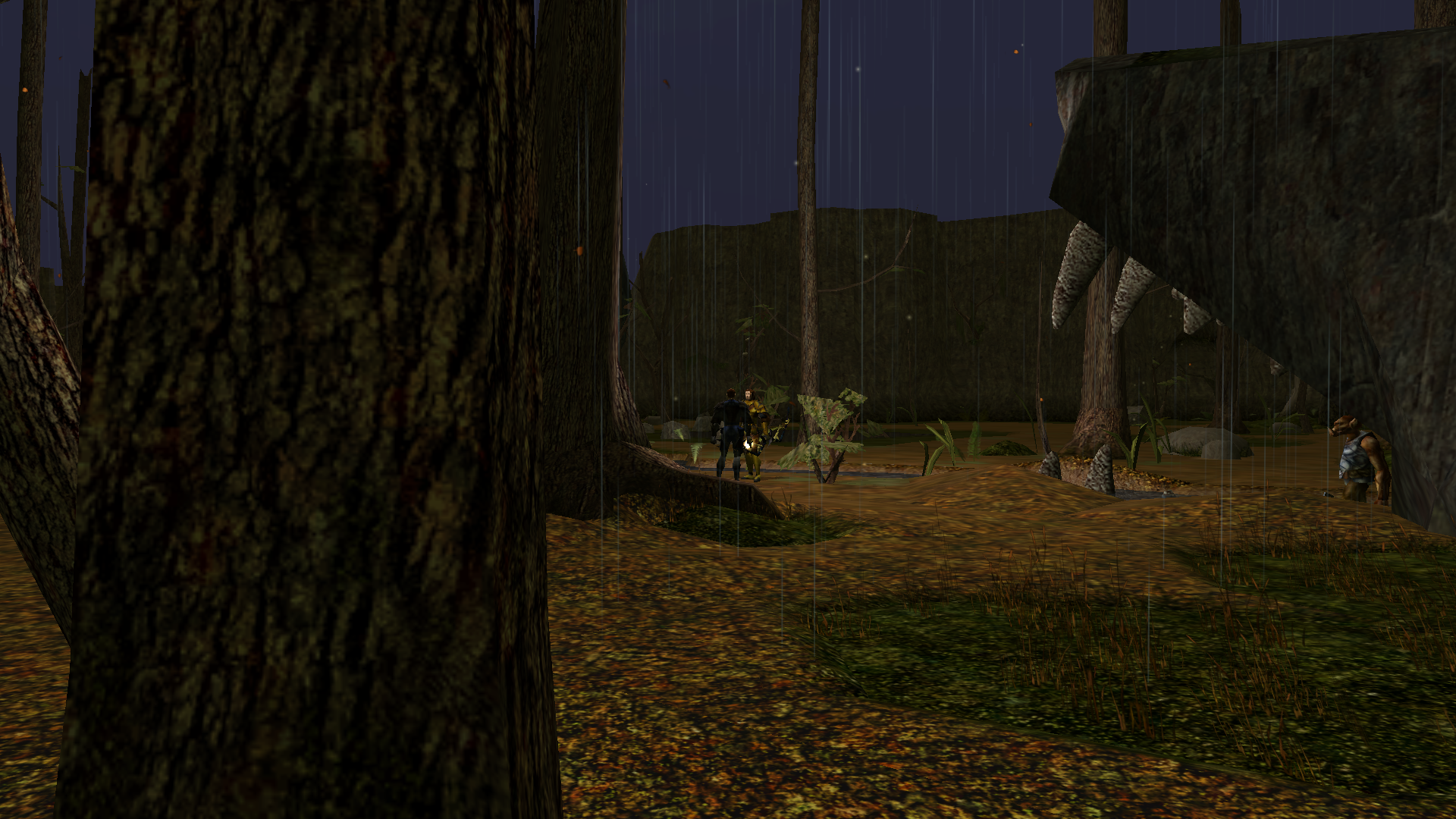 EPISODE 38: MANDATORY FLASHBACKS: Daniel the Destructive shares something about his past; which allows Andrea the Assassin to open up about hers. Meanwhile, Peter and Grayson argue the dangers of going inside of the cave in front of them when they’re visited by… Well, that would be telling. 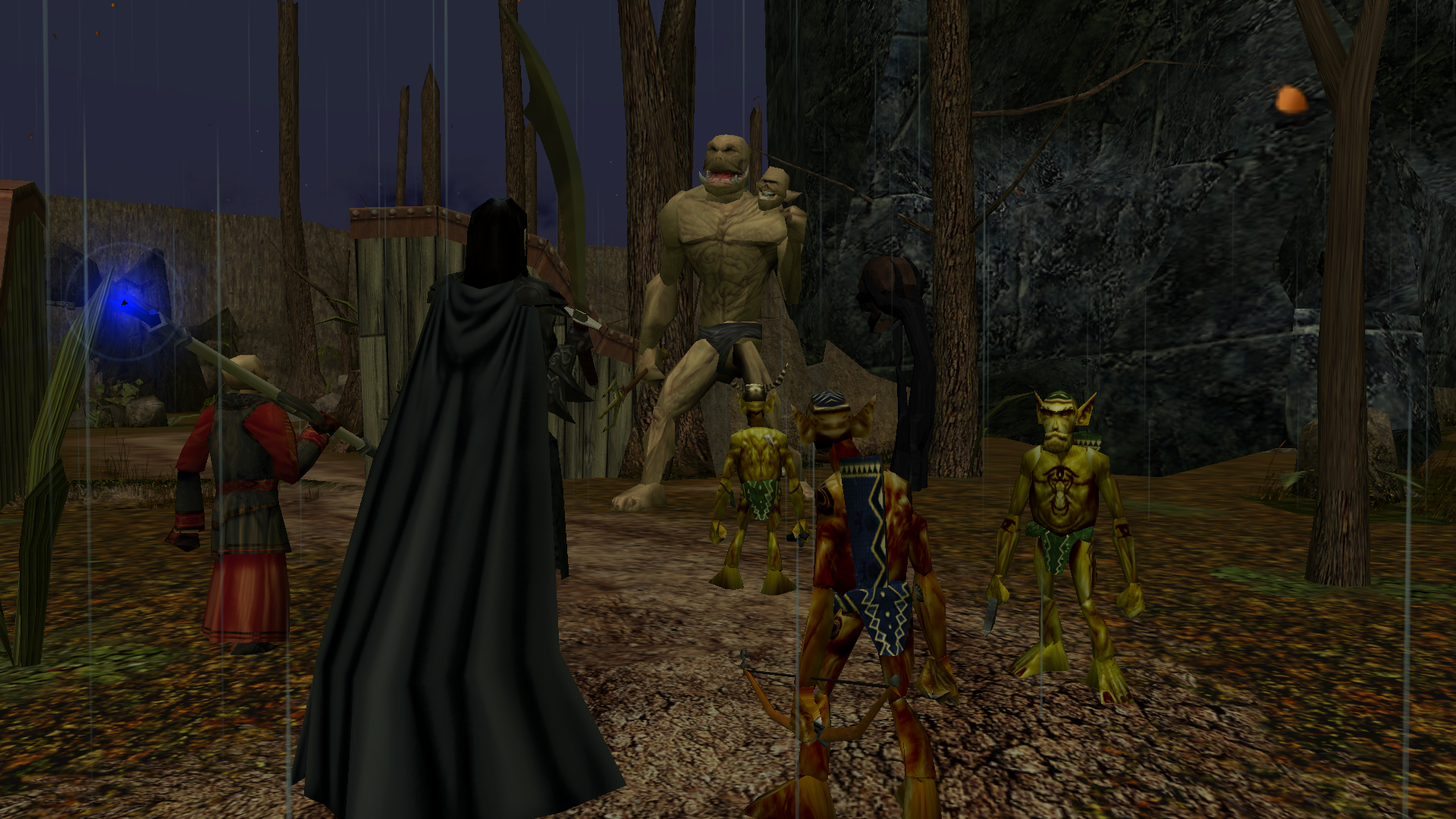 EPISODE 39: CONFESSIONS OF A BLADE: Learn more origin story about the magical blade, as we glimpse the past, yet again. Also, Andrea leads her crew closer and closer to finding our heroes! 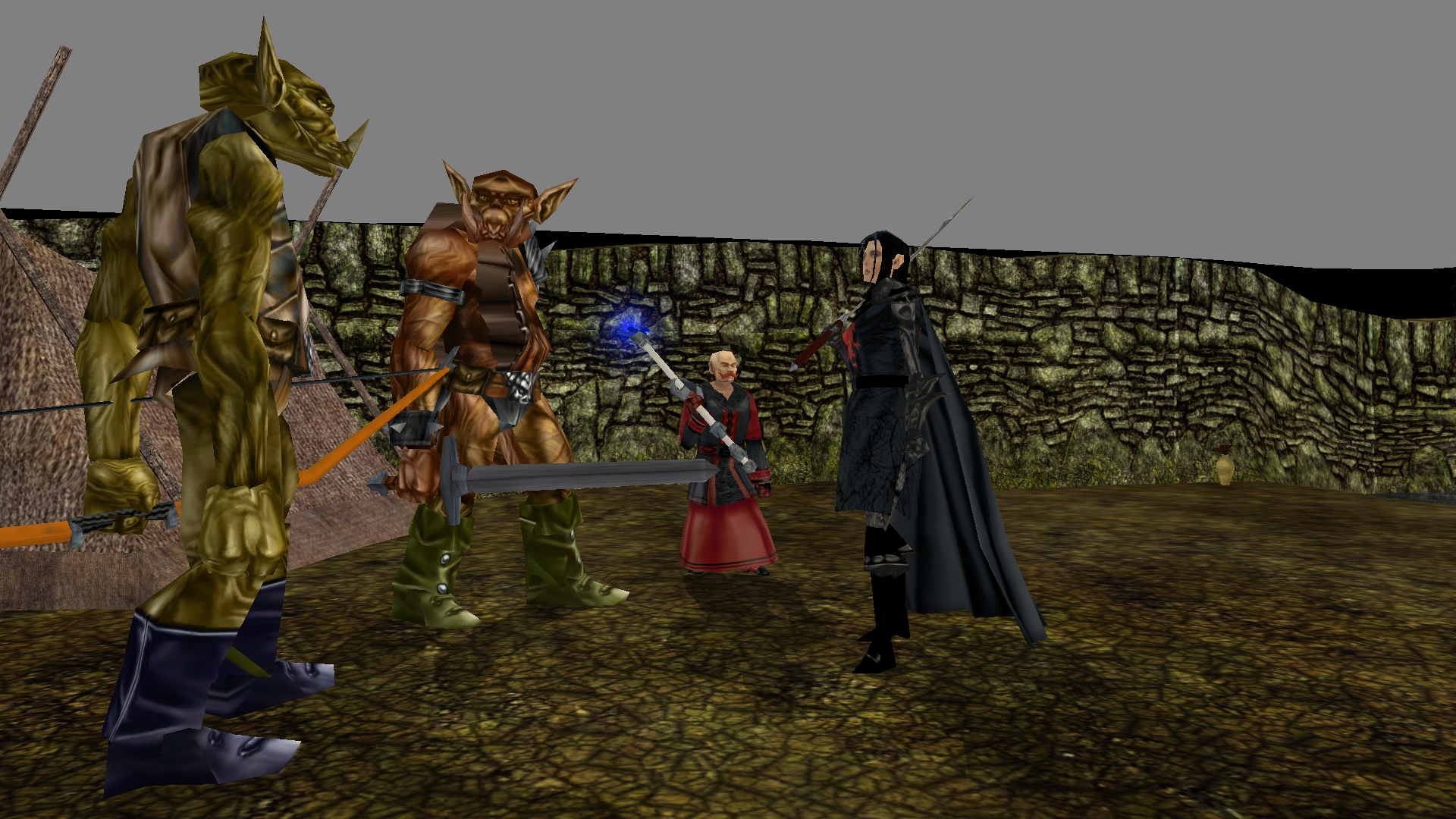 EPISODE 40: SOMETHING’S NOT QUITE RIGHT…: Grayson talks with Peter about the voices he hears inside his head; and he thinks he’s figured out the source. Meanwhile, Andrea leads her small battalion of followers into Gnollmaw Mountain and seems to be hot on the heels of Peter and Grayson! How will our heroes escape? 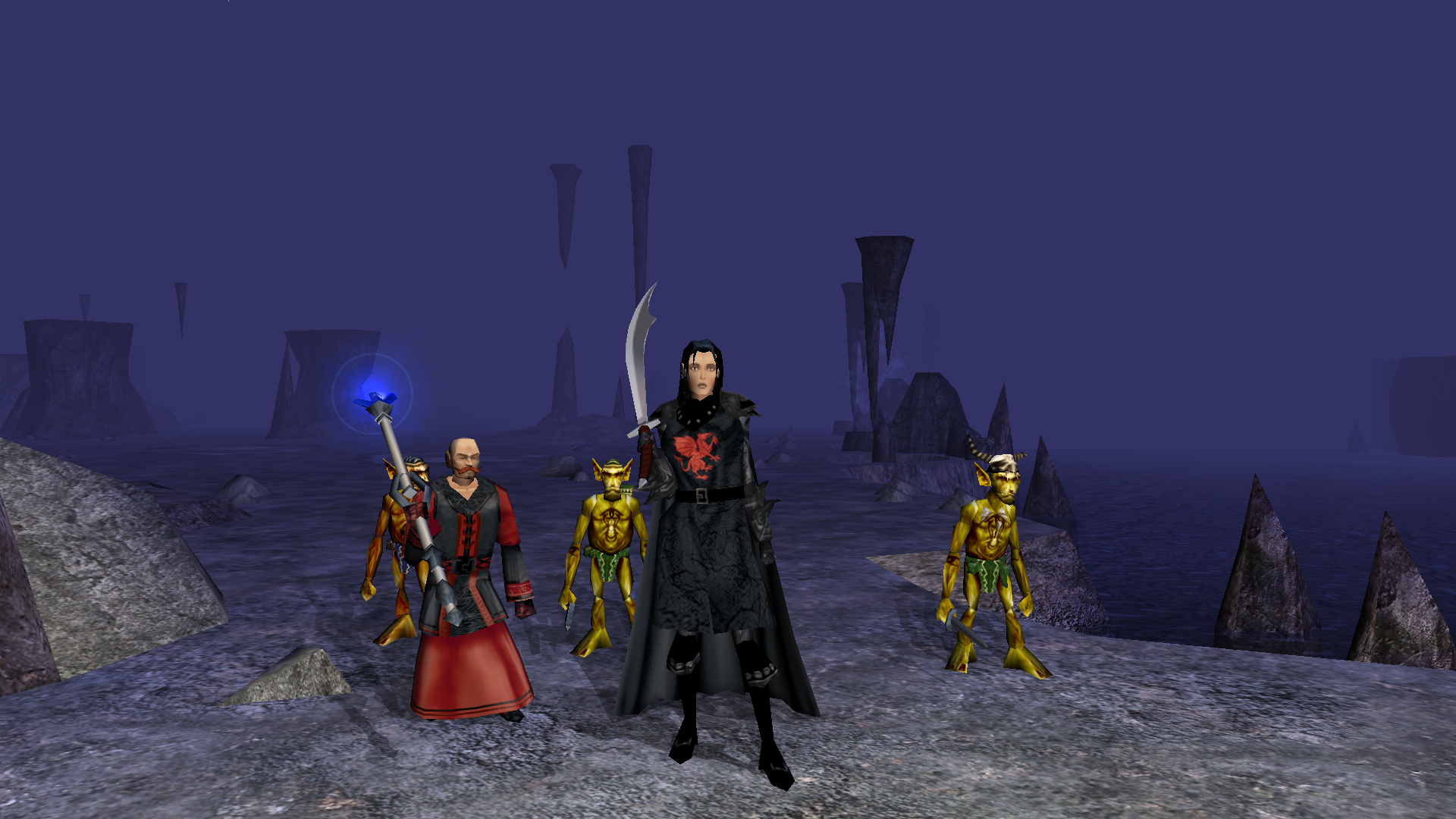 EPISODE 41: SOMETHING WICKED THIS WAY COMES: Things take a twist – then a turn – then another twist! As Andrea and her crew finally catch up to Peter and Grayson! One of them will be changed by this encounter! An old friend will reappear – then a slightly newer friend will reappear! And then – it gets worse from there. Sound confusing? Watch the episode and see what happens! 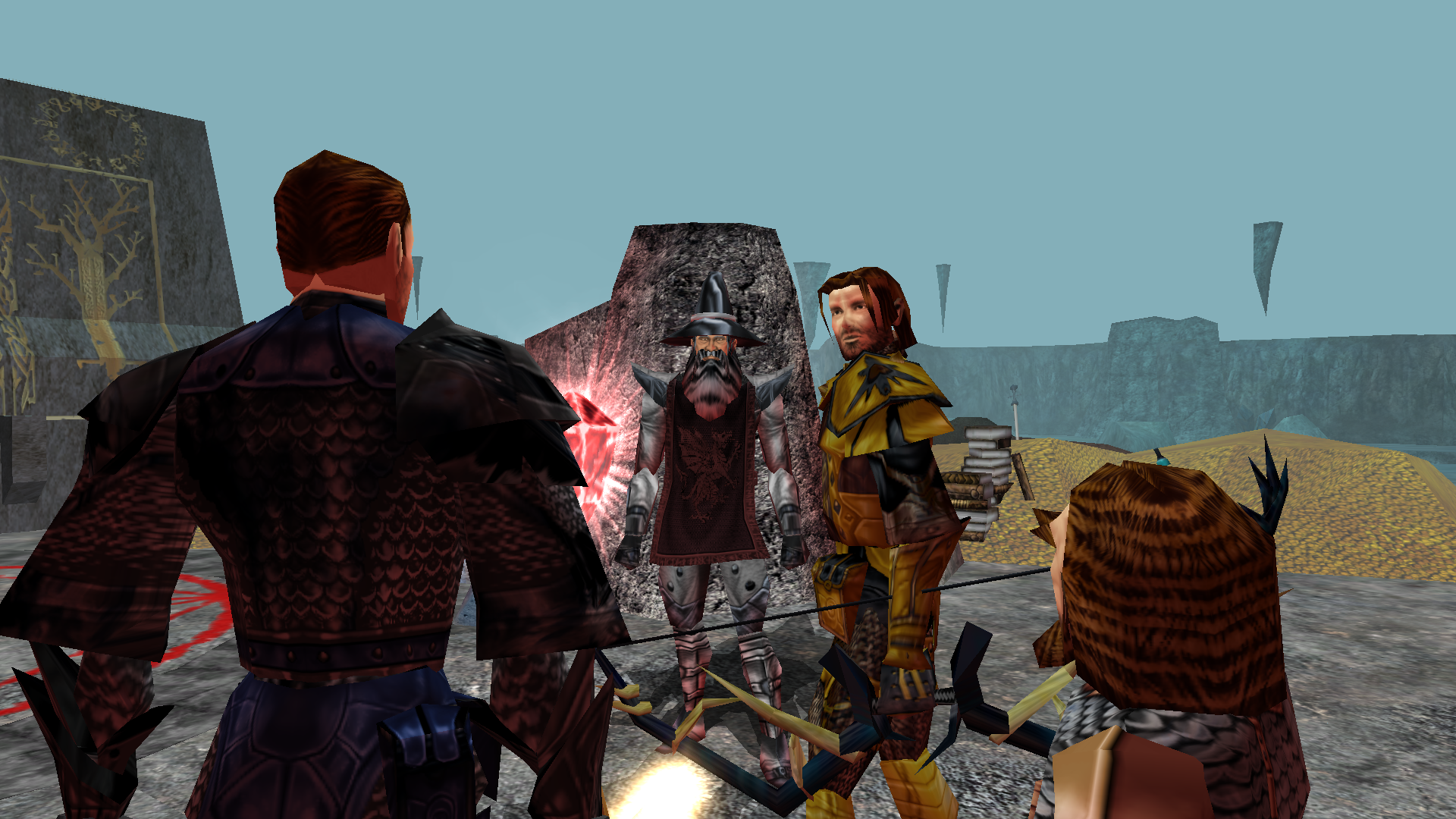 EPISODE 42: OH MOTHER DEAREST: Episode 42 marked the Season Finale for Season 2 of our series. This episode reveals things about the Crimson Draco Mother, the Sword, and the Mysterious Figure haunting Grayson’s dreams! Hang on tight kids! (And don’t forget to share!)