Please report errors with downloading or videos by letting us know on Facebook or Twitter. I am currently in the process of refilming all of Neverending Nights to proper 1080p resolution; however, if for whatever oddball reason, you want to download a physical copy of the Original versions, simply email me (obviously remove the “-NOSPAM-“ part out of the email address) and I can make the specific episode(s) you want temporarily available.

Watch all of Season 2 here: 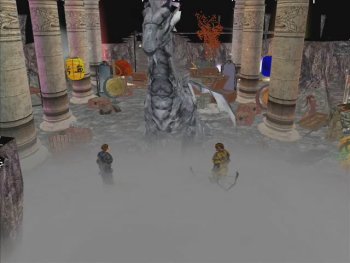 EPISODE 22: “This Is ‘Dragon’ On Too Long…”
Writer’s Note: Peter and Grayson make a horrifying discovery when they learn that the Dragon of Ator is not an evil dragon… So their hopes of the quest ending quickly are quickly forgotten. The Dragon of Ator, however, does tell Peter and Grayson that if they’re really looking to be heroes, that perhaps rescuing some maiden in distress would work out better for them (and perhaps not be so insanely difficult as killing a dragon). The Dragon, however, seems to have a particularly person in mind that needs to be rescued. 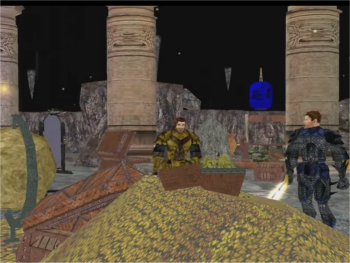 EPISODE 23: “Oh How I Treasure… Treasure!”
Writer’s Note: In this episode Peter and Grayson stare at their dream – a mound of gold, when the Dragon of Ator decides to assist them. Peter also picks up something from the cave that “doesn’t fit” the Dragon which has yet to play itself out in Season 2… perhaps in Season 3 we just might see what Peter picked up… 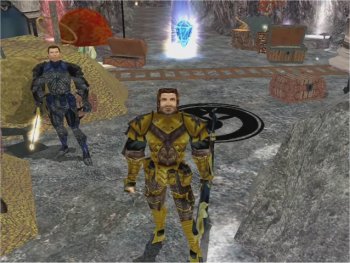 EPISODE 24: “The Watchful Eye”
Writer’s Note: The Dragon of Ator, voice by Jeremy Rochester, continues to assist Peter and Grayson by giving them a map – which Grayson quickly takes from Peter. Grayson asks about a few… unusual markings and notes on the map that the dragon tells them to avoid… The Dragon also reveals that there’s more to him than it would appear… 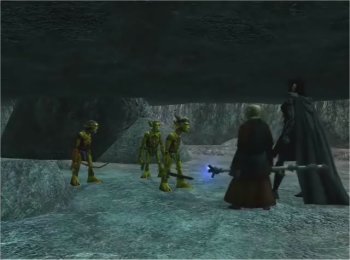 EPISODE 25: “The New Recruits”
Writer’s Note: The scene opens with a large hole on the ice floor, which is a reference to when Peter and Grayson blew up the Ice Cube Monster in Season 1. This also marks the return of Andrea the Assassin and Daniel the Destructive in Season 2. Andrea the Assassin is now voiced by Amanda Host (who would later marry Adam Freese!), replacing the previous voice actor, Christi Molina. 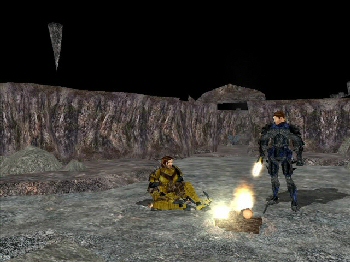 EPISODE 26: “Reunited And It Feels So Good”
Writer’s Note: Peter and Grayson have another campfire within the cave (apparently not learning their previous lesson). Grayson goes to sleep, leaving the care of the fire to Peter… which leads to… Well, this episode shows what happens! This episode also brings back Pawl the Dorf and reunites them with Peter and Grayson with his new… “condition.” 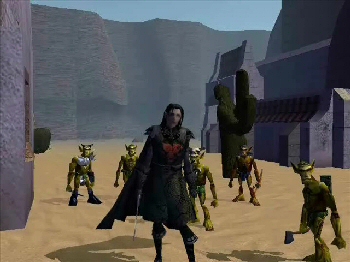 EPISODE 27: “Even Ghosts Have Racial Benefits?”
Writer’s Note: This episode brings Andrea the Assassin and Daniel the Destructive to Ator, showing they’re hot on the trail of Peter and Grayson. This episode also brings back Poppy the Salt Vendor, with Amiee the Armorer seen behind her. 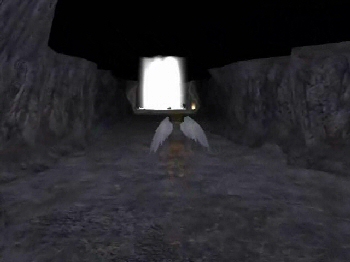 EPISODE 28: “The Light At The End Of The Tunnel”
Writer’s Note: This episode explains why Pawl the Dorf is stuck in his current “condition” and why he’s not able to pass onto the “Otherside.” The credits also feature some additional dialogue in the beginning making cult classic references to a number of ghost related movies.
» Episode 28 Youtube
» Episode 28 Facebook 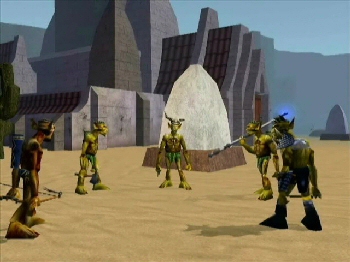 EPISODE 29: “The Plan.”
Writer’s Note: This episode opens up with yet another Star Wars reference with the bar. The goblins (along with the two new additions, Dink voiced by Mario Garcia representing Daniel the Destructive, and Ellen who represents Andrea the Assassin) have a big part. The initial dialogue with between the Bartender and Andrea is pretty comical; and her reaction to what the Bartender thinks of Grayson’s virginity sparks an unusual interest in Andrea; which sets up something that will be discovered at the end of the Season 2. 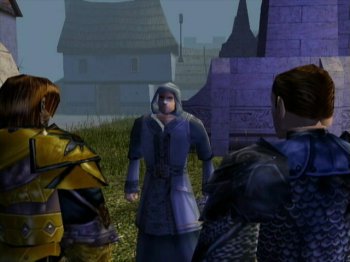 EPISODE 30: “Good Elf… Bad Elf?”
Writer’s Note: This episode is pretty epic. Peter and Grayson accidentally trigger a war between two underground races when they clash into one another. The filming of the episode was very difficult as all of the action was randomly set to attack – and from time to time caused a bit of lag during the filming. But the end result turned out pretty good. Also the answer to Pawl’s condition may finally be solved… 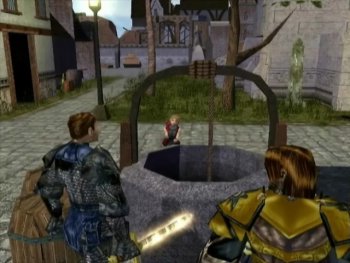 EPISODE 31: “Side Effects May Vary”
Writer’s Note: This episode has a bunch of fun references. This episode introduces Hannah playing the part of Poppy the Salt Vendor’s daughter and making a wish in a wishing well; and Peter and Grayson return to the Wishing Well joke once again. Pawl the Dorf is warned that the ‘reincarnation’ may have some ‘side effects’ setting up an ongoing joke with Pawl’s fate throughout Season 2. 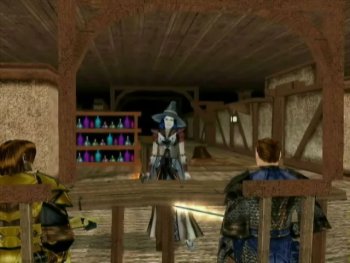 EPISODE 32: “Employment Opportunities”
Writer’s Note: Peter and Grayson decide that in order to get word around about their (false) heroics – they decide that they will hire a fake Nemesis to spread the word about their great deeds. They hire someone by the name of Evil Foo who is set to “stretch the truth” – Peter however misunderstands her name… which costs them 300 gold. This episode also introduces Myoki Spencer as Evil Foo. 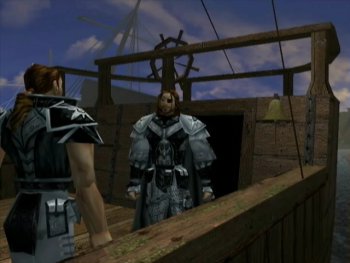 EPISODE 33: “There Be Pirates!”
Writer’s Note: This episode was perhaps the “longest in the making.” Not that it took a long time to make the video – but since both Adam and Tawmis are fans of Pirates – there was no doubt that pirates would eventually be featured in the Neverending Nights series. This episode shows a unique way of bringing in pirates into the series! This episode also features a former co-worker, Jamie King. Also, a side note the “Scarasea Oceans” in which the episode takes place is named after “Scara” who is better known as Sara, who originally (and accidentally) came up with the “That Kicks Rocks!” statement. 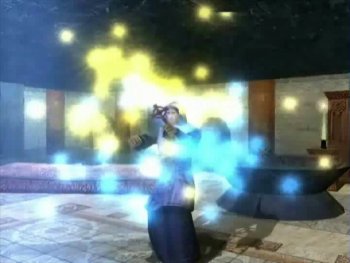 EPISODE 34: “Barking Up The Wrong Tree”
Writer’s Note: This episode puts Pawl the Dorf in a unique form; for the first time, not allowing Pawl to speak as himself in the new form. The voice of Pawl’s new form is voiced (or barked) by Tawmis’ dog, Odin. This was a fun episode in that Peter uses his “Speak with Animals” skill – what Peter is hearing is very different than what Pawl the Dorf is “barking.” Even Grayson notices that much… 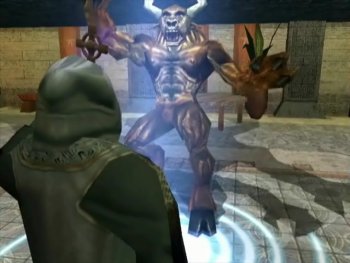 EPISODE 35: “This Is Bull$#!+”
Writer’s Note: This episode features Pawl in a new form – yet again! And Peter and Grayson cracked a few jokes about Pawl’s latest form – once they finally discover that it’s actually Pawl the Dorf and not a Minotaur going after them! Also fun to note that the Knights can be seen in the background… again. 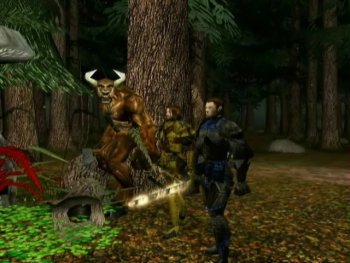 EPISODE 36: “Mind Over Matter (Now That You Don’t Have A Mind, It Doesn’t Matter)”
Writer’s Note: Peter, Grayson and Pawl leave the town. And when they do – the Silver Dragon, in its human form is seen following them. Andrea the Assassin gets closer to finding Peter and Grayson. The three encounter Mind Flayers (Illithid) – and make a joke about filming underground. Adam and Tawmis have often made it known that they dislike filming underground for the series, because of ceiling issues as well as lack of scenery. This episode is one of the first ones where characters were given subtitles as an alternate version, because of the Mind Flayers. Note: This episode may require subtitles for the creatures – you can download that version here. 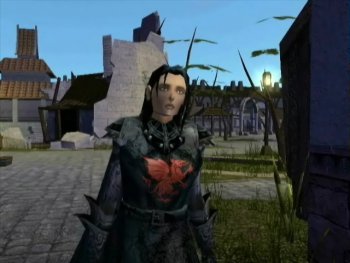 EPISODE 37: “Crime Does Not Pay”
Writer’s Note: In this episode Andrea the Assassin encounters Evil Foo. After a brief exchange, Evil Foo attacks the goblins – slaying Ellen and Dink – however, Andrea strikes Evil Foo down once she gets the information she needs from Evil Foo. It’s interesting to note that the goblins find the 300 gold that Peter paid Evil Foo on her body… this will come up again in Season 3… 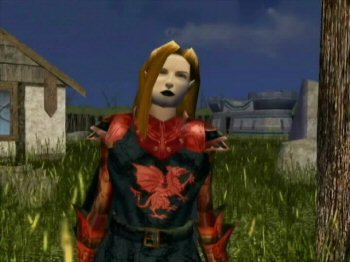 EPISODE 38: “Mandatory Flashbacks”
Writer’s Note: Daniel confesses to Andrea that he knows Mother Draco, and goes on to explain that he was responsible for the explosion of Gnome Mountain. In the flashback, a Crimson Draco Legion member tells Daniel the Delightful (before earning his Destructive name) that the man with the fiery sword is not who he claims to be. However, the shadowy figure is wise to the Crimson Draco and manages to escape. This is the first time the Shadowy Figure who owns the fiery sword before Grayson is seen. The character is voiced by Travis Richards, who is also responsible for the music of Neverending Nights. Andrea also confesses part of her origin as well – revealing the one she calls “Mother” is not truly her mother. 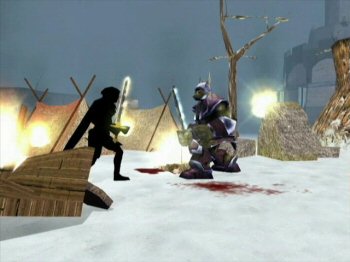 EPISODE 39: “Confessions Of A Blade”
Writer’s Note: The title of this episode “Confessions of a Blade” is based on the title of a story written by Paul Molina, based on Soul Calibur – starring Ivy and Raphael. This is also the first time, that Grayson actually begins having past visions – the shadowy figure is seen fighting orcs in an epic battle. The sword, once Grayson awakens, explains that Grayson’s destined for the blade. 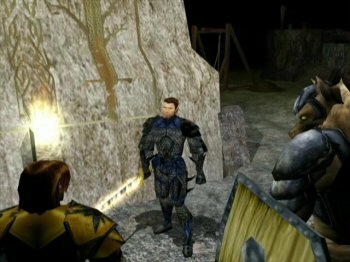 EPISODE 40: “Something’s Not Quite Right”
Writer’s Note: Through sheer luck and stupidity, Peter and Grayson continue to avoid Andrea, remaining one step ahead. When Andrea questions gnolls about a Half-Elf, Human and Minotaur, the Gnolls explain that those three did not come through – which makes Andrea thinks the Minotaur is going to spring a trap on them eventually! Grayson begins telling Peter about “strange dreams” to which Peter explains puberty – and explains that Grayson better not have feelings for him. (Which comes into play again in Season 3)… 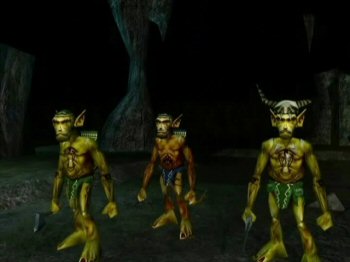 EPISODE 41: “Something Wicked This Way Comes”
Writer’s Note: The episode begins with a dream sequence with the Shadowy Figure confronting the one that Andrea the Assassin serves and called “Mother.” Pawl ends up dying; again. The Resurrection Priest and Pawl exchange dialogue about putting points into spot check, and that the previous Rogue hadn’t put any. This is a reference to a “power gamer” we used to game with. Andrea also manages to catch up to Peter and Grayson – and Dean appears. Some dialogue exchange happens, and Andrea realizes that her hatred for Grayson is actually love; but turns away from it; as well as turns away from helping her “Mother.” She asks Daniel to teleport them back to Galana… but something goes very, very wrong… 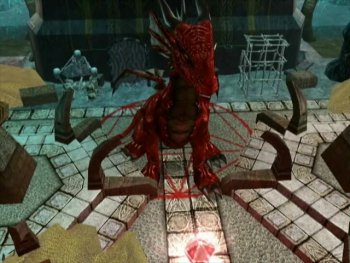 EPISODE 42: “Oh Mother Dearest…”
Writer’s Note: Peter, Grayson and Pawl are teleported to Mother Draco. Dean however teleports into the room and warns Grayson not to hand over the blade and that Mother Draco is more than she appears to be. Mother Draco reveals her true self, taking the form of an Ancient Red Dragon… to which Dean takes on his true form – a Silver Dragon… and as if that wasn’t enough – the Shadowy Figure appears – revealing himself – to which both and Peter and Grayson make an amazing discovery…