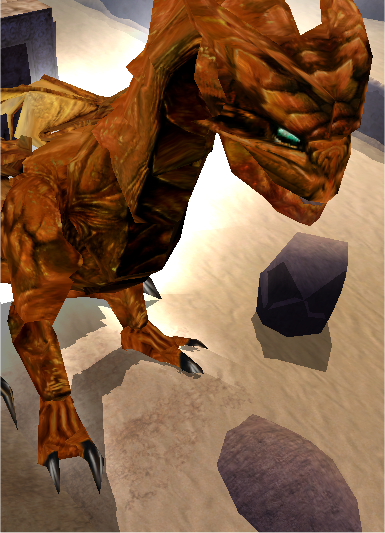 Skywing returned to the mortal world and took an interest in Deeaygo. He sensed great power in many of the mortals there – one of them in particular – Sam the Smith. He sensed that within her was the power to bring balance back to the world of Dragons, and so he protected her – and as a result, all of the City of Deeaygo – from the constant threats and assassination attempts by the minions of the Dragon of Silverlake.

When Pawl the Dorf, Peter the Ranger, Grayson the Fighter, and Amiee the Armorer arrived in Deeaygo – Skywing knew that the time had come, and that the Dragon of Silverlake would meet their end. He assumed he would return back to the Realm of Dragons once the Dragon of Silverlake was defeated; but as he began to leave, he already found himself missing the mortals – and returned to swear himself as the protector of Deeaygo.

Eyes: Copper
Hair: None, scales made of copper.

Accessories: None, other than a devastating breath weapon.