File sizes, as well as other alternates (youtube, facebook, vimeo, etc) will be updated into this in the near future. For now, go to VIDEOS at the top and the NEVERENDING DAZE section is now available!

Neverending Daze was a project that began when we were contacted by members of OBSIDIAN ENTERTAINMENT, who were working on Neverwinter Nights 2. They contracted Adam and I to begin making promotional Machinima pieces to promote the release of Neverwinter Nights 2. Adam and I went to the OBSIDIAN ENTERTAINMENT offices in Los Angeles and met with several of the game designers and signed an NDA and were given copies of the game (very, very, very early copies). They essentially gave us free reign to do whatever we wanted – but Adam and I agreed we wanted to use this to showcase various things about Neverwinter Nights 2 (after all, it was for promotional purposes) and try to make it funny. We hammered out several concepts before I began writing the episodes – in which the same characters would appear in each episode; but each episode was to stand on its own (rather than an ongoing story). We wanted it to be something similar to “Neverending Nights” (our major work!) – and eventually came up with “Neverending Daze” (which was a play on words of our original series “Neverending Nights” – since we came up with “Neverending Days” and switched “Days” to “Daze” and it really sealed the deal for the name)!

Below are the episodes, finally available for download from our site. 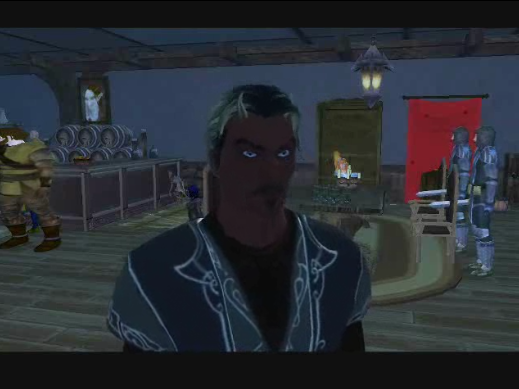 Writer’s Note:
When I began writing this episode, I knew immediately, I wanted to first introduce the characters that would be appearing in the series and give a general idea of each of their personalities and quirks. My wife is a fan of those MTV “Real World” shows and I figured – this would be a great way to introduce several characters, by parodying reality television shows (which were all the rage and dominating televisions at the time). So by giving each character, a moment to shine, as they’re introduced the viewers were able to see the various models (Half Elf, Human, Dwarf, Gnome and Halfling) and see how the armor looks, etc. 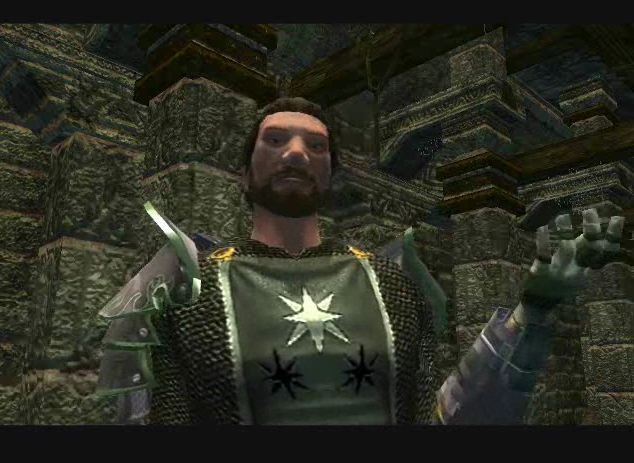 Writer’s Note:
This episode is an example of what happens when you begin writing the script before you actually get a copy of the game. Imagine if George Lucas had written Star Wars and they said, “Sorry, we can’t have Darth Vader.” (Not that I am comparing myself to George Lucas, or even comparing Neverending Daze to Star Wars, but you get the idea…) Anyway – I wrote this episode with the intention of the main villain of the episode being a BEHOLDER. After all, it’s NEVERWINTER NIGHTS, based on FORGOTTEN REALMS, and what is Forgotten Realms without its notorious BEHOLDERS, right? Well apparently, the Alpha & Beta copies we got to make the series with – they hadn’t gotten around to adding Beholders to the game. I had hoped to make references to the old DUNGEONS & DRAGONS Cartoon; but that was out the window – so I scrambled to change the script around and develop a new story. I kept the same title, however. Originally the title, “What Is Beauty?” was to refer to “Beauty is in the Eye of the Beholder.” (Get it?) But it changed – because the episode (this and the next) would tie in, with judging appearances (and thus, being in the eye of the beholder; but this time, not the monster). 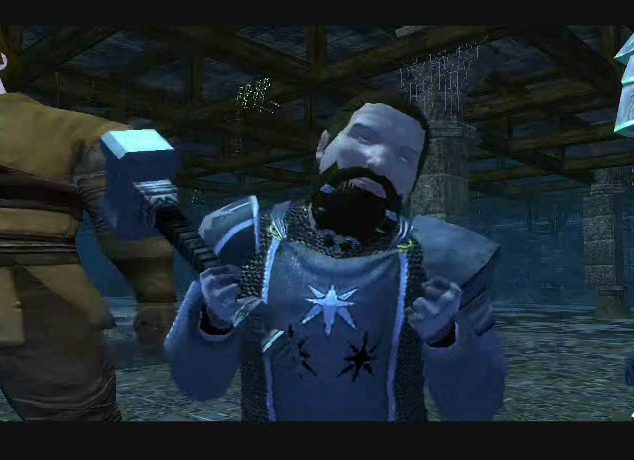 Writer’s Note:
This is the only episode of Neverending Daze that ties in with the previous episode. As mentioned in Episode 02 of this series; the main villain had intended to be a BEHOLDER and I was going to make references to the old DUNGEONS & DRAGONS cartoon. So, since that had not been available – the scripts for Episode 02 and 03 were rewritten slightly to reflect the change. We used this chance (in this episode) to show off interior dungeon settings, as well as what one of the demons/devils looked like in the game. Because there was no way to render the camera man invisible (as we had done in Neverending Nights) at the time, if you look closely (especially in the out takes) you can see the “Halfling” we hid behind the characters to be able to film this episode. 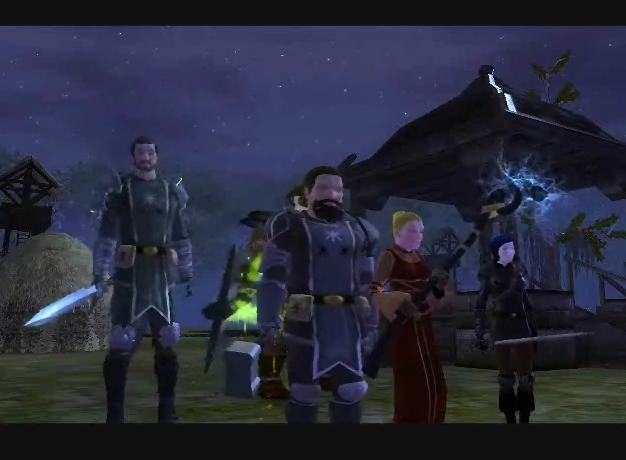 Writer’s Note:
The title of this episode is a title that we also used in Neverending Nights. This episode was meant to show case some basic buildings, graveyards, and most importantly – the undead. It also showcases how combat looked within the game, when the characters engage in battle with the undead monsters. Also, in the beginning of the episode, when Forge is complaining about various quests – it’s actually a reference to DUNGEON Magazine #1 and the modules within that issue. The reference to Port Nayr is a reference to a PBEM game I run. (It’s essentially the equivalent to Waterdeep). 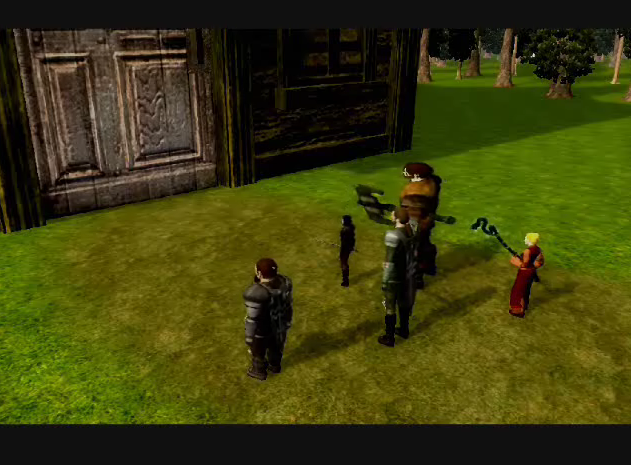 Writer’s Note:
The title of this episode is actually the same title of a module I had written for DUNGEON Magazine a very, very, very long time ago – dealing with the same thing – Giants. This episode was made to show case how you can enlarge (or even shrink) anything that can be placed in the toolset. Even Thurg (the barbarian) is actually modified from normal human appearances, to give him a larger, thicker feel (to make him barbarian’esque). Within this episode, you will see a house (belongs to the Frost Giant) that was enlarged. You will also see a cat and some barrels within the house (that the main characters stand next to, to see the difference in height). There was, so far as I could tell, no limit to the height of an item that could be created. The toolset was nothing short of amazing. 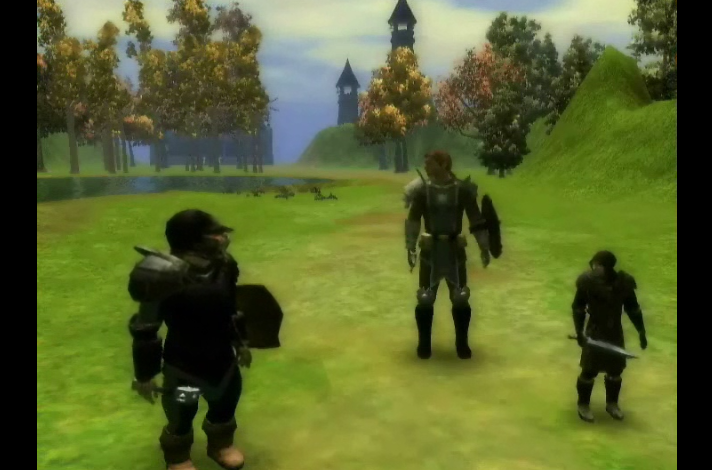 EPISODE 06: “Task of the Naysayer”

Writer’s Note:
This is the first episode that Atari contacted us for to do a promotional video for the first expansion of NEVERWINTER NIGHTS entitled Mask of the Betrayer. The expansion added new classes and races to the game (among other things). When I began writing this episode, I wanted to do a play on the title of the expansion, and thus came up with “Task of the Naysayer.” So I revolved the episode around one character who is trying to get his friends to adventure with him; but his two friends are very reluctant (and thus naysayers). I wanted Adam to be the main character, who gets frustrated, because Adam does a great job playing the characters that always feel frustrated. Paul was supposed to play the Dwarf once again, but declined to reprise his role; so I had done the voice of both the Dwarf and the Halfling.