We’ve Lost One Of Our Own: Hugh Hancock (Rest In Peace). 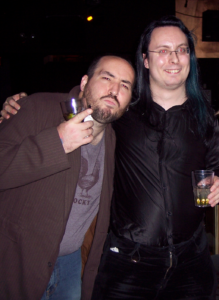 It has no master. Most of us are only concerned about it, when we’re eager to leave work for the day.

There are many, though, who cling to each second, because it might be their last.

Time has a funny way of slipping away from you when you’re not paying attention. And when your time comes, chances are you might not even know it.

2005 was an incredible year for me. I did things… I would have never normally done. And I’m glad I did it. You see, Adam and I were a year into making Neverending Nights, and I had pushed it to everyone and everywhere. I was on forums talking about our little creation, I was emailing folks at Bioware about it; wherever I could, I was talking about it. I was proud of what we had managed to start, even though Hugh would have said, we were just two guys in a bedroom making a web series. As a matter of fact, that’s exactly what he said. 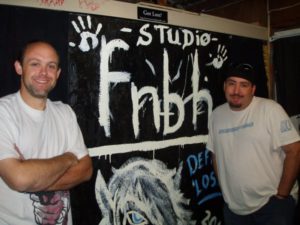 A friendly competition bloomed in my mind (and I think, only my mind) – because Hugh had created a machinima, also using Neverwinter Nights (same game engine we used) called Bloodspell. But let’s face it – Hugh was (way) beyond the stuff Adam and I were doing – he had done mods for Neverwinter Nights that allowed lips to move! (Don’t believe me? Check out that Bloodspell link!) And that was the tip of the iceberg as to how knee deep Hugh was in the Machinima world. Through my extensive efforts of putting myself out there – we got the attention of PC GAMER UK, who asked us if they could use a couple of our episodes as a part of one of the things on the CD that came with the Magazine. We, naturally, agreed and even created a unique episode for that CD. From there, Adam and I landed an interview with Bioware, the makers of Neverwinter Nights. I admit, I got a chuckle when Hugh was later interviewed, and asked, what he thought of us doing Neverending Nights.

Now, I am not sure if it was because of my hard work (at least trying to promote our series), or they felt like tossing us a sympathy thing – we were actually considered for one of the best comedy series for the 2005 Machinima Awards. (No, we didn’t actually make it, so obviously we didn’t win!) 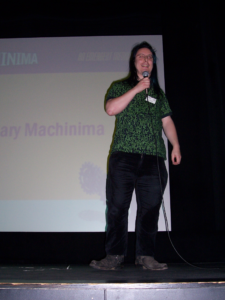 Hugh Hancock talkin’ it up about Machinima

But this is where I did something I would normally never do. You see, the 2005 Machinima Film Festival was being held in New York at the Museum of the Moving Image… You probably don’t know this about me, but I am not a fan of New York. It’s not that I hate the people there or think they’re rude or anything like that – it’s just the sky is full of … well, skyscrapers. Everywhere you look, your view is obscured by towering buildings of concrete. But I told Adam that I wanted to fly out there and go to the Film Festival. So, no only was I flying to New York (something my wife, even now, would scoff at, if I suggested I was going with a friend to New York), but I was about to rub elbows with a bunch of people, I knew strictly through a “community” (many of them, I didn’t even know at all). This goes against everything that is the core of my being, which is being an introvert. 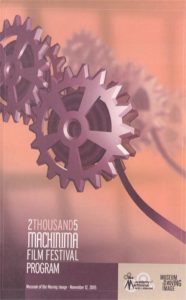 My experience at the 2005 Machinima Film Festival, to this day, is one of my favorite memories. Not only did I finally get to meet folks I had talked to quite a bit through Red vs Blue (without question, the biggest machinima series, ever, and the very series that inspired us to try our hand at it), such as Amanda and Reece, but I also got to meet Ben, who was friends with Amanda, and an incredible guy. I remember mingling with everyone – talking with others who made machinima series – asking how they did it, asked for tips, suggestions – I even remember meeting the guys who made Fraps (the program that about 99.99% of the Machinima community used to record their movies!) and even chatting it up with Hugh, who I finally got to meet. 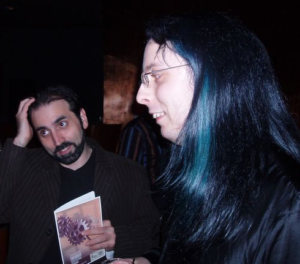 You could tell, right off the bat, Hugh was passionate about Machinima. He had a sharp whit and quite a bit of comedy (for someone who I, at that time, had only really known for the serious action Machinima, Bloodspell). He was a hilarious guy, with more talent for machinima and movie making in one strand of his colorful hair, than I had in my entire body, as can be seen in the book he published, Machinima for Dummies.

Hugh had formed Strange Company (in 1997/1998 – thank you Ben for the correction) which was the company name he used for the movies, shorts and machinima stuff he did. While I was gleeful to be in PC GAMER UK and be interviewed on the Bioware website, he and his films have been featured in Wired, Entertainment Weekly, on CNN and the BBC and in the New York Times. 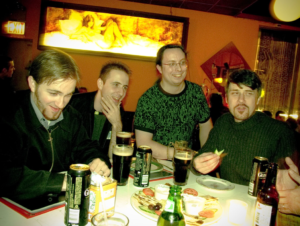 After party from the 2005 Machinima Film Festival. (left to right) Ezra Fergusson, Terran Gregory from “The Return”, Hugh Hancock from Machinima.com, Frank Dellario from the ILL Clan.

Ben had messaged me today, telling me that Hugh passed away last night, from a sudden heart attack. 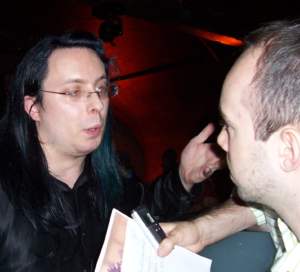 I am sad about the news; and sad that I never got to know him even better. Sometime in 2007 or 2008, I fell out of the Machinma community (even though, at the time, I was still doing Season 2 of Neverending Nights at the time). The one place, I take comfort, where someone who is still young, and was so full of talent is – that he managed to publish a book about one of his passions, and he got an incredible amount of recognition for all the hard work and creativity he dumped into that passion. Without a doubt, he had much more to offer the world; but in the end, he left a mark in that work – both in reality, and virtually – and I think he would like that.

So, where ever you might be, Hugh – just know, this one guy, still doing the same machinima, from his bedroom (hey, it’s my office at home, thank you!), wants you to know you were an incredible person and an inspiration, good sir. God speed.

3 Responses to We’ve Lost One Of Our Own: Hugh Hancock (Rest In Peace).