So today on my way to work – just before I was about to exit the freeway for my work – I saw two hawks diving at one another, close to the freeway – unfortunately a diesel truck struck one of them (and didn’t even stop) – I was about three cars back and immediately pulled over and ran out onto the freeway to stop cars from striking the downed hawk. I went to pick it up and it scrambled into another lane, where another car may have hit it (or just missed it, I couldn’t tell it was on the other side of my car). I managed to get to the Hawk and pick it up and put it in the back seat of my car (it was still alive and breathing). My wife, who works close to me, is where I decided to go. As I was driving there, the hawk got up on two feet, so he seemed aware (if not dazed). Got a big box from the wife’s work (they package toys and such) and poked a mess of holes into it and put him in there and taped it up (in case he decided to try to fly).

She’s calling Animal Rescue to see if someone can pick him up; or if not she will run it over to them on her lunch in an hour. Considering he was hit by a truck every minute counts. So strange as it sounds, well wishes towards this hawk would be greatly appreciated. I am hoping he survives and is able to return to the wild in due time.

Update: Update, Amiee dropped off the Hawk with the folks at Project Wildlife.. (Go click “Like” on the Project Wildlife page). He’s currently being given pain medicine. Aim sent me two pictures, I will include.

Update2: I asked Amiee to have them email me with updates; they said it may be awhile (which I said was fine; I was concerned that they’d have to say there’s nothing they could do and put the hawk down then and there… if it takes awhile for the hawk to recover, then it’s going to live… and that’s what matters).

There’s a thread for the hawk on the forum. 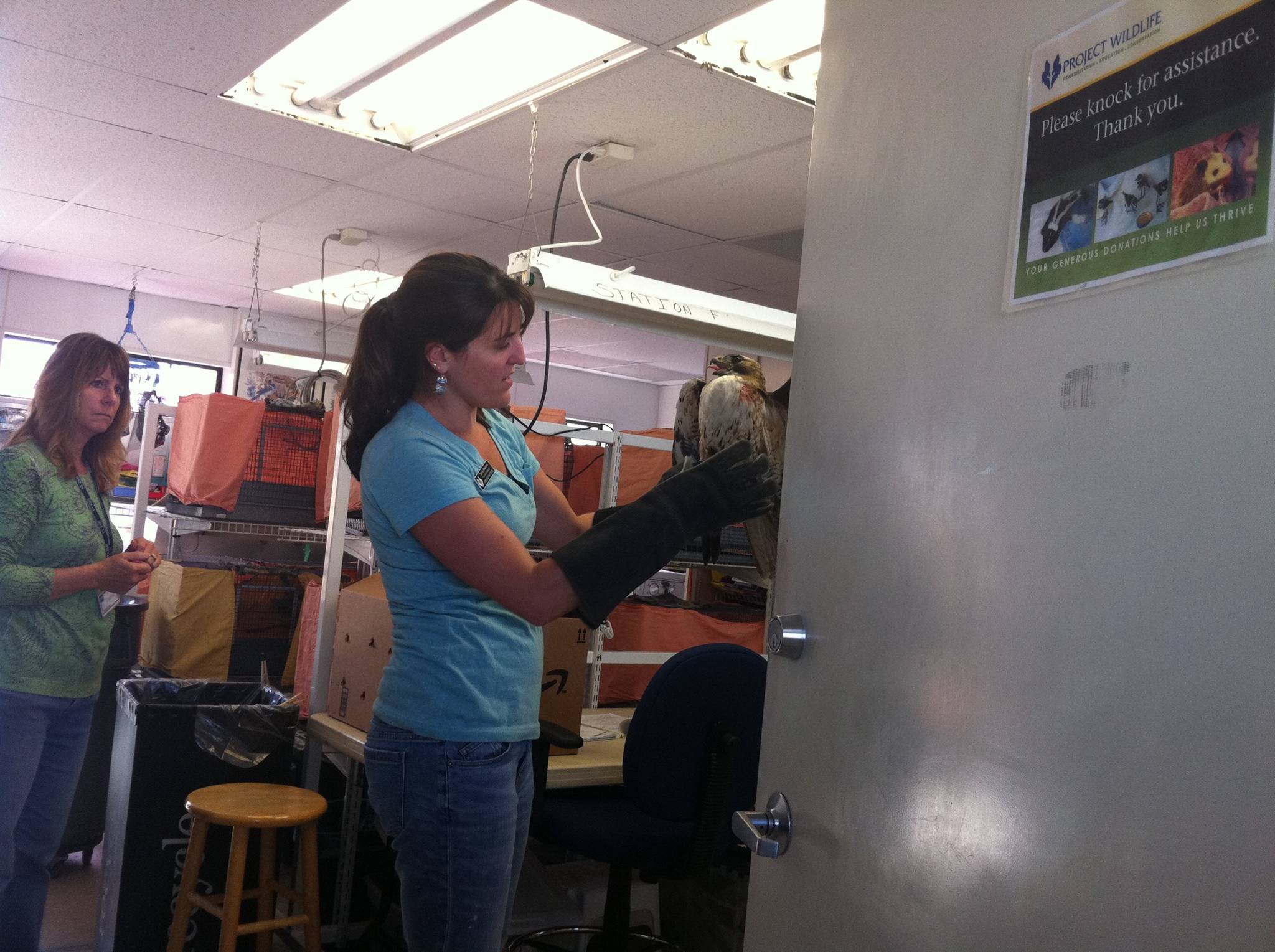 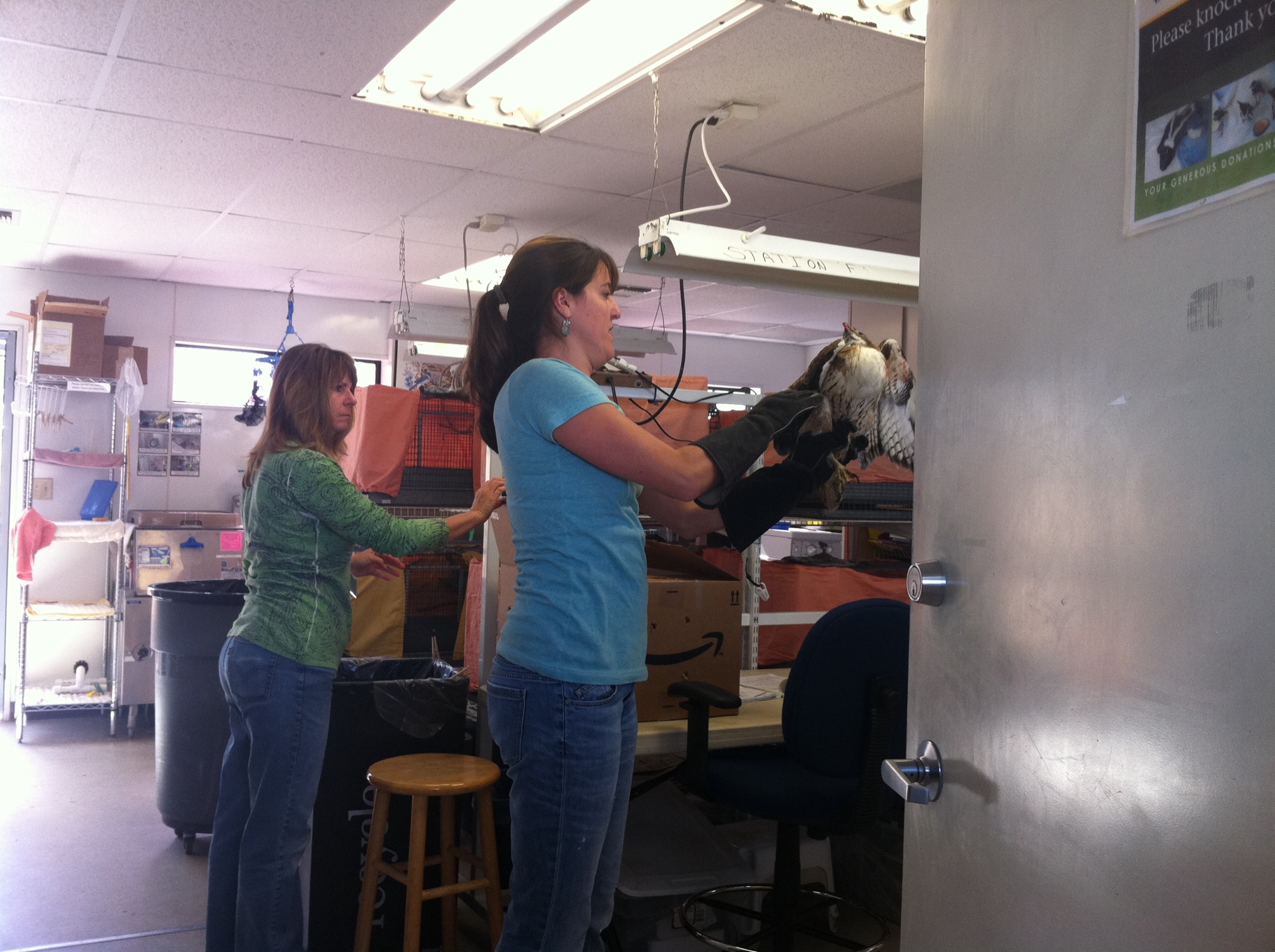