Words would not justify how proud I am of my nephew, Saad Al-Ameri. He, and the rest of his band, TARNISHED have landed a record deal – and their album will be out December 6th, 2011 – both in CD format as well as on iTunes. You can preview some of their songs here and here. 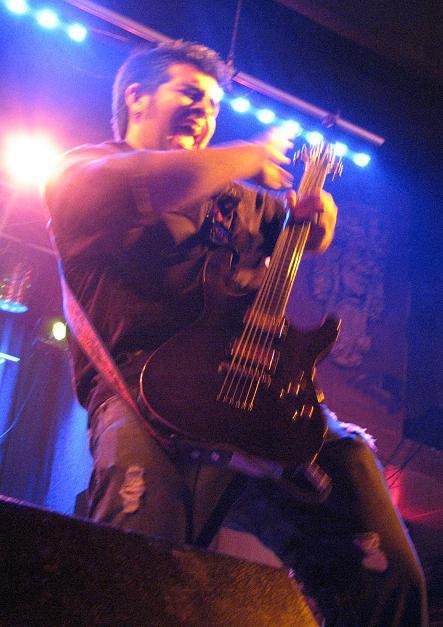 I remember, when I briefly lived in Tennessee, playing Mortal Kombat I in the Arcade – back around 1994, or so. This is how long ago that was. He was this young kid that I used to take out from time to time, so we could throw down a few quarters in the local “arcade” (or what passed for an arcade; but was actually just a food establishment with three arcade games). I am not sure when – or how – he grew up to become the person he is now. A successful musician. Something he had always dreamed of becoming since he was young. He took his dream, and despite several protests and hardships, chased it all the way. Granted he, and his band mates may not be as “popular” as the FOO FIGHTERS or CREED or someone along those lines; but this is definitely a step in the very right direction. And I can’t wait to see the great success ahead – as, I believe that’s what awaits them.

For those of you who got the Neverending Nights – 2nd Season DVD, you would have heard two of their songs already. The songs Empty and Freedom were both in the ending credits of the DVD.

I know money’s tight, in this economy. But if you want to help, please feel free to look up “TARNISHED” on December 6th on iTunes and purchase their music. Or, if you have checked out their songs on the two sites I mentioned; and whether you like the music or don’t care for that style of music – but might know someone who does; please share this link with as many people as you think might enjoy the music. Any, and ALL help is GREATLY appreciated.

This entry was posted in Update and tagged Before I Shine, Empty, Freedom, Saad Al-Ameri, Tarnished, Tarnished Nation. Bookmark the permalink.