Where Did You Get The Map? From Pawl the Dorf?

For a very cool NeN fan…
Needless to say, Wizard Weatherwax is one of the coolest NeN fans I have come across! Over on the Bioware forums, it’s always pretty much him whose been replying with solid feedback and comments on the NeN thread! He asks great questions, and makes some great remarks! (Both funny and serious!)

So when he messaged me and asked me for an autograph – needless to say, I was floored. Someone asking for OUR autograph? He was happy with just a scanned copy of our autographs to be sent his way – but being the first autograph – no way was he getting a “scan” – he was getting an original. And on top of that – I wanted to do something extra special. So I took the “Pawl the Dorf Map” that I did in PAINT was back in Episode Three, and printed it on a glossy paper. This is what I had the local cast members sign. And just last night, I got the last one (well, other than Jeremy who has not yet appeared in the series as the vicious Dragon of Ator!)

Now, I am going to send the original off to his home in Portugal – however, knowing snail mail – it may take some time (especially going over seas!) – so I wanted him to see what it looked like (and wanted to let everyone else check this out as well, as I am beaming with pride over this!)

Rather than show the image within the message – I left it as its original size, so that it could clearly be read (which makes the file 698KB). So for anyone who wants to check out the autographed map, simply click here.

Here’s a mini (and numbered version! In case when he gets it or anyone who views it can’t read what it says)…

7. Sean “Ronald” – Thanks for the interest! Ronald the Wreckless

11. Christi “Andrea the Assassin” – You will be spared… maybe. – Andrea

12. Mario “Daniel the Destructive” – Everyone Else! – Mario Garcia

To note Mario’s “Everyone Else” – this was because Mario was doing some extra voices for us. So his signature came before he was recruited on as Daniel the Destructive for Season One (ending) and a major player in Season Two! 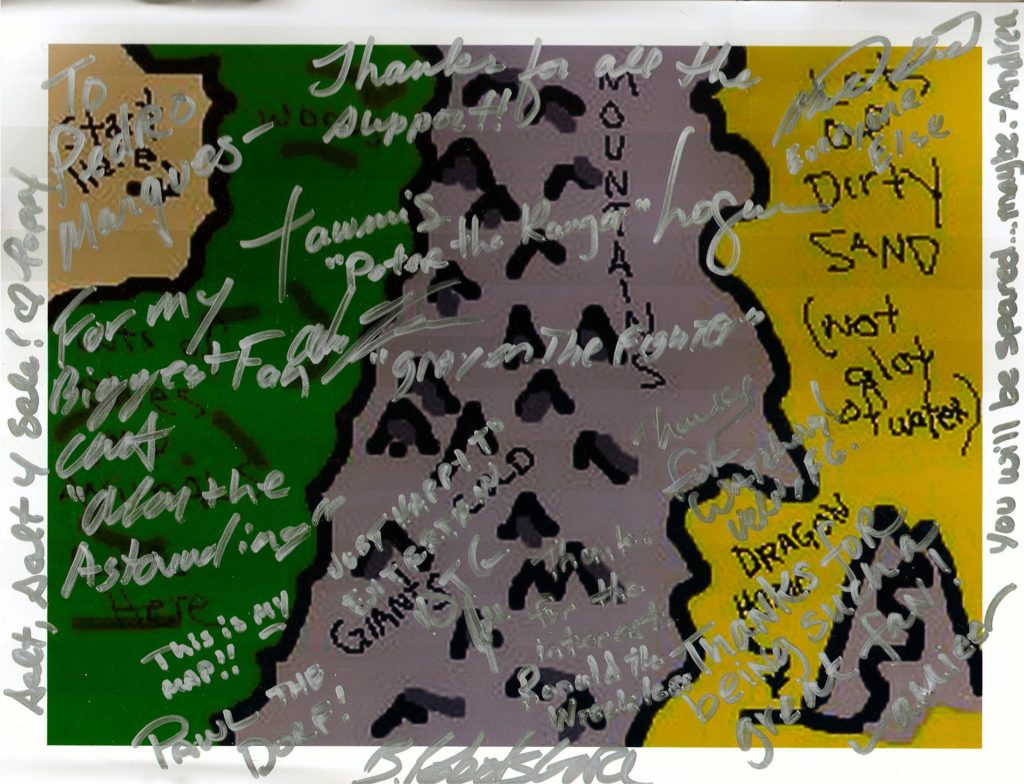 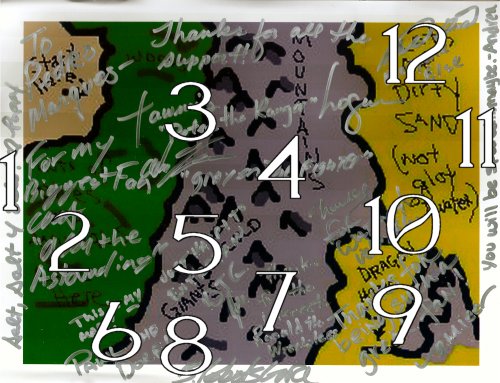