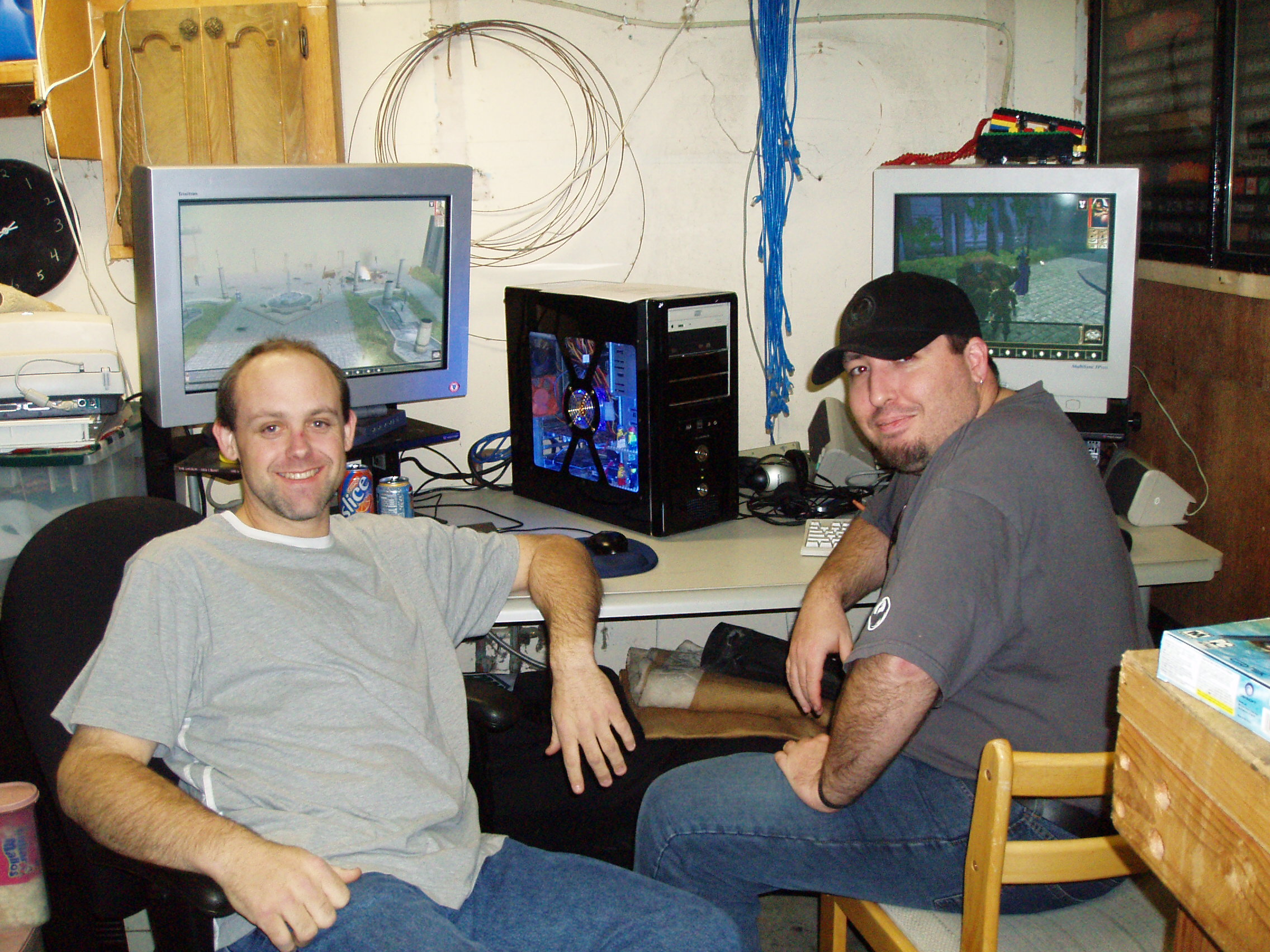 Neverending Nights was created by Adam Freese and Tawmis Logue, while the two of them were supposed to be paying attention to a Safety Meeting.

The series was always meant to include their closest friends, such as Paul Molina (who works with Sony developing the MMO EverQuest), Poppy Fitch, Mario and Bethany Garcia, among many others!

By Season Two, they had gathered enough recognition, that they were recruiting people that they knew from various online outlets. When the decision was made to end Neverending Nights with Season 3, they also included Al Lowe (who made the Leisure Suit Larry series published by Sierra Online), Greg Johnson (who was one half of the team that made the Toejam and Earl trilogy), as well as good friend, and legendary artist, Lindsay Archer (who worked with Margret Weis Productions, doing art for the Firefly, Supernatural and Dragonlance RPG books).

There are two characters, whose voice actors were replaced (Andrea the Assassin), and Alan the Astounding (the entire character was replaced!) with Daniel the Destructive. And there is only one episode in which Tawmis and Adam have no speaking part – at all! You can find out who did all these voices and where they appeared by checking out the casting page! The casting page also includes the episodes of Neverending Daze, in which they were contracted by Atari to create a machinima series to promote the release of Neverwinter Nights 2.
The Neverending Nights Cast Page!