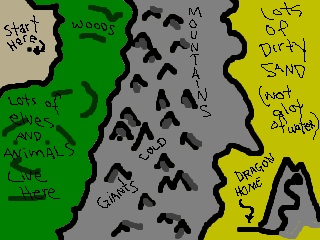 We loved doing what we were doing. There was no denying that. When we started this – neither of us thought it would last more than five episodes before we figured it’d be too much work, or that we would run out of ideas – or something. But then, this thing lasted for over nine years! In that time, we had so much fun creating – not only the series, but the silly little bonus things that we did. Things like NeN Live – in which we acted as Peter and Grayson while we were out on our camping trip; the first Q&A I: NeN Style we did, which was a lot of fun and very random! There was also our 2005 Submission, which got us Props from Paul (who manages and runs the entire Machimima event – though these days, I hear he got himself a job at Bioware, which is pretty awesome!) We even considered pulling a “George Lucas” and doing a Episode 1 Special Edition?

There’s a wide assortment of madness to be found on the Bonus Page.